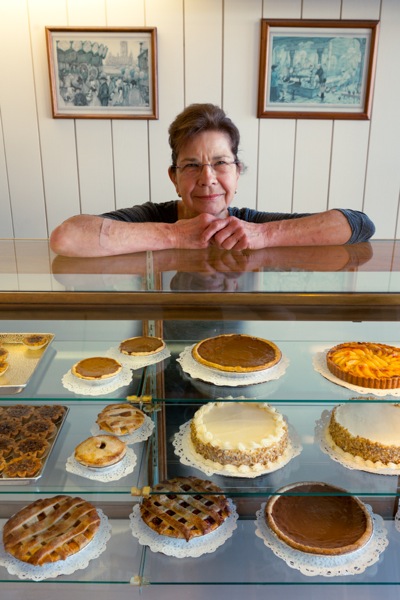 Baking is in her blood, explains Martha Merz, the force behind Martha’s Pastries in the Sharon Heights Shopping Center for the past 25 years.

“My great, great grandfather started a bakery in Germany,” she says. “All of my father’s brothers were bakers. He was the only one who wasn’t. My daughter and I did get to go to Germany to see where the bakery business began.”

Everything is baked on site at Martha’s. “It’s a lot of hard work,” she admits. “Normally I get here at 4:30 am. I do more prep work and finishing now as I often get called away to take orders.”

While Martha’s offers a full line of pastries and baked goods, it’s most well known for its cinnamon bread. “We tried to make regular cinnamon bread where you roll it,” Martha says. “But we moved away from that and instead of rolling it, we chop the dough, mix in the cinnamon and put it in the pan.” 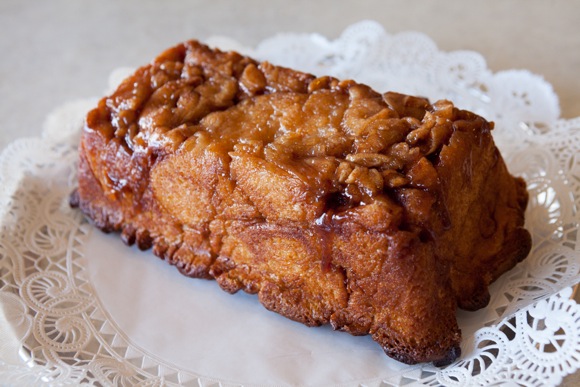 Over the years, Martha has seen the popularity of particular pastries or breads she offers come and go in spurts. “All of sudden, every one wants pies,” she says. “I never know why.”

What she believes has set her business apart is the loyalty of her customers. “We have so many regulars, some into the second and third generations,” she says. “I wish I’d started taking their photos years ago, so many interesting people have come through our doors.

“Our customers are like family. When they go on vacation, they let us know so we don’t worry!”