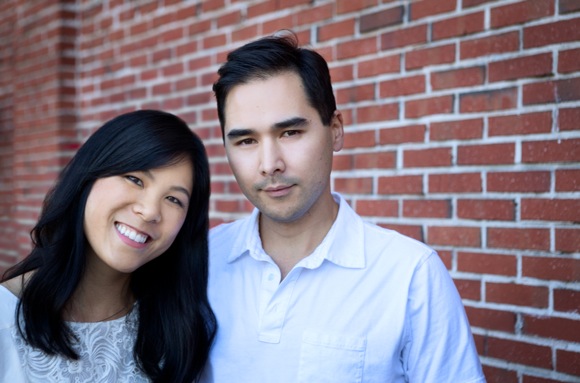 Four years ago, Dzung Duong and Nate Lewis — partners in business and life — went to Celebration Weekend at Sunset Magazine in Menlo Park. The celebrity chefs caught their eye, and they remember leaving the event thinking “that looks like fun — wish we could do something like that.”

Today that wish has become a reality for the Menlo Park couple. Honeysuckle, a You Tube channel featuring recipes and entertaining tips has amassed almost 40,000 followers.  “They’re largely females who range in age from 13-35,” said Dzung. “I feel like I have a particular connection with these teenagers and young women. It brings me back to when I was growing up learning how to make French Vietnamese food.”

While Dzong’s interest is cooking and lifestyle, Nate comes to the new endeavor as a wedding videographer. “I studied architecture at Cal,” he said. “I ended up in the tech industry initially but enjoy the opportunity to do something more artistic.

The channel has a decided home economics tone, for those old enough to remember — and appreciate —-that course of study. “Our viewers wouldn’t know that term,” laughed Dzong. “But in many respects that is what we are teaching using a digital platforms. I think cooking skills are  getting lost today. We offer mentoring so that aren’t.”

In preparation for the upcoming Thanksgiving holiday, Honeysuckle’s video on potatoes gratin appears below.