Photographer Scott R. Kline goes annually on a mission trip to Juarez, a time that stays with him heart and mind 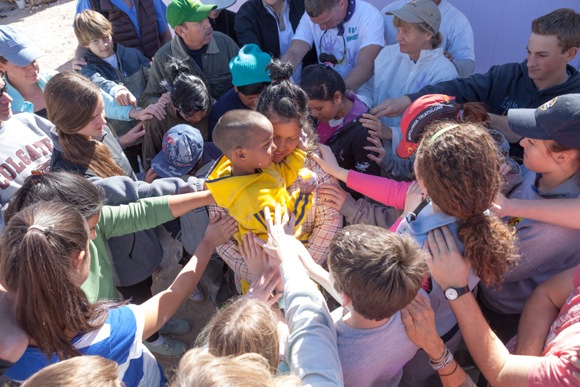 “You are going to Juarez? Why? Isn’t it dangerous?” This is a typical response every year when we prepare to head to Ciudad Juarez Mexico to build houses, treat sick people, and work with our sponsored students. I can’t really blame people. One doesn’t hear much positive about Juarez. But it is a great experience that recharges my batteries and reacquaints me with some wonderful people.

This year’s trip was one of our best. About 40 people headed down for the four-day trip. We take people ranging in age from seven to 75. Sponsored by Menlo Park Presbyterian Church, the trip takes place beginning Sunday over Martin Luther King weekend. We flew to El Paso and took vans out through the desert and the Santa Teresa port of entry in southeastern New Mexico. 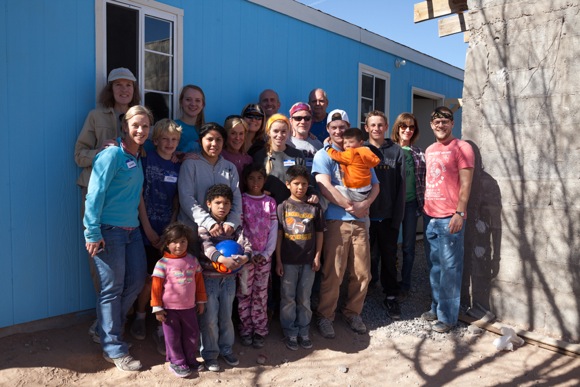 We stayed in a center run by Mission Ministries, a Colorado-based non-profit, and a team of Mexican nationals who also organize the labor force in the Colonias outside Ciudad Juarez.

The Colonias are a community of dirt roads and small lots that are literally carved out of the desert south of Ciudad Juarez. It is home to tens of thousands of Mexicans that originally headed north when NAFTA created factory jobs near the border with the U.S. There is no running water or sewage. Some of the neighborhoods have electrical service.

There are far more people than jobs. Schools are poorly equipped; most kids drop out of school after sixth grade. Medical services are scarce. Many people live in pallet houses, plywood shacks and abandoned buses. 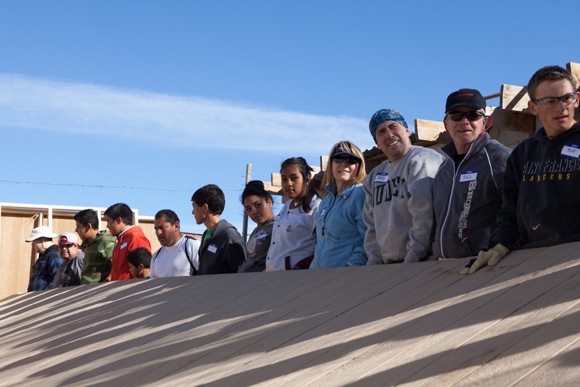 With the help of local pastors, Mission Ministries identifies deserving families and recruits and equips the teams of Americans that come down. The non-profit organization employs 34 locals to serve the teams that travel to Mexico. The Mexican operation is run by the locals..

Bright and early Monday morning, the trip turned intense. In two days we built two houses for two  families. The Mission Ministries team had poured the slab and pre-cut the lumber before we arrived. We assembled the house, insulated, drywalled, roofed and painted. In a just two days, we were handing over the keys to the families. They had been living in awful conditions prior to getting their 36×12, three-room house.

We also took a complete medical team this year. The Mission Ministries team center has a clinic, and we had two cardiologists who got to be general practitioners treating everything from colds to a stroke victim. Our nurse pre-screened patients. 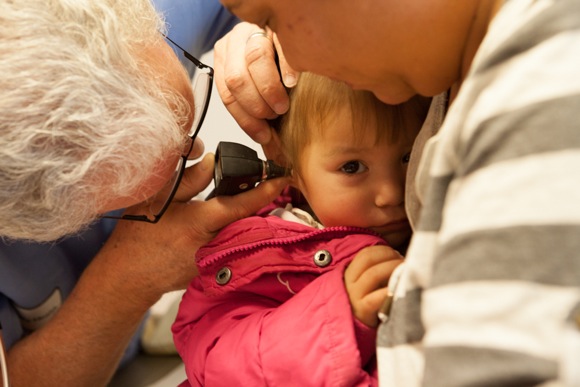 Our optometrist saw more than 40 patients. Each one was fitted with glasses that will be ground to their prescription and sent to Mexico within three weeks. Our dentist was busy filling, pulling and cleaning. The on-site pharmacy dispensed medication when available. All of this is always free to the patients.

We also spent time with students. This is a particular interest of my charity co-founder Joni Cropper and myself. We started Juarez Children’s Education Program in 2005 to educate children in Mexico. We provide scholarships for high school and college students, build after-school libraries and stock the libraries with books and computers. We got to visit one of our libraries where we fed some kids after school, did crafts, and spent time with many of our scholarship students. 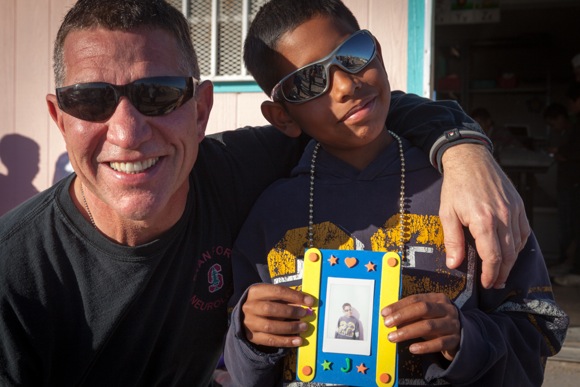 On Wednesday we flew back to San Jose and returned to Menlo Park. It is a jarring return sometimes. But we always keep our Juarez time in our hearts.

Scott R. Kline has been a contributing photographer to InMenlo since 2011. More of his Juarez photos are available online:  medical mission and the construction/outreach.