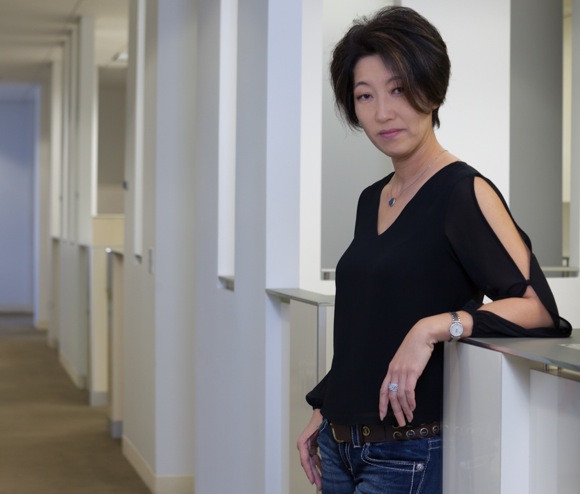 Ari Horie, founder and CEO of Women’s Startup Lab, learned early on the value of being connected. Born in Japan, she first came to the U.S. as an exchange student at age 18, speaking no English.

“My mom was big on hands-on experience,” she recalled in the Menlo Park offices of her latest startup.

“But language is an expression of who you are. I was determined to be American and came back to Southern California to attend college.

“What took me through those early years was playing volleyball. Sports helped me learn the culture even though I didn’t speak the language. Sports allowed me to connect.”

The idea behind the tech entrepreneur’s new company is to offer women-led startups coaching, peer-to-peer collaboration, and training in order to foster stronger personal and leadership skills.

“I think of it as ecosystem of support,” said Ari. “Accelerators are often competitive. Instead we want to focus on a collaborative model.”

Earlier this year, Women’s Startup Lab opened registration for its third Founder’s Circle accelerator program, added new speakers to its Innovation Lab network and launched The Club, an early stage founders’ social and entrepreneurship club that is open to the pubic and includes all Women’s Startup Lab speaker and lunch workshops. Guy Kawasaki will be the featured speaker at an evening conference on April 9.

“This power network of women and supporters yields real business results for tech founders, bringing in some of the best advisors, coaches and entrepreneurs in the Valley who understand how to build and run successful technology startups,” said Ari, who also lives in Menlo Park.

Her mother’s influence, Ari said, continues to guide her decisions today: “My mother was diagnosed with cancer shortly after the birth of my second child. When this amazing woman passed away, I reset myself, thinking ‘what can I do? Wouldn’t it be great if I could do something that would make a difference.’