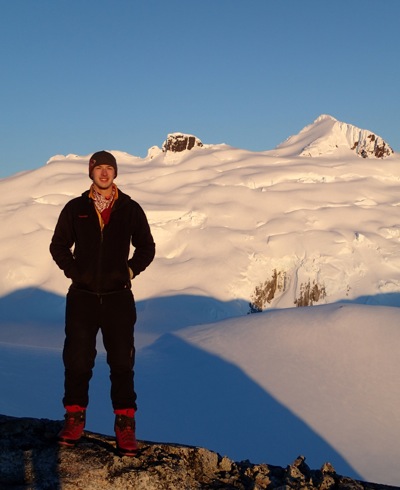 For Menlo Park resident Garrett McMurtry the fall semester had a decidedly southern exposure. He and 16 other National Outdoor Leadership School (NOLS) students embarked on an 80-day wilderness expedition in the diverse landscapes of Patagonia. They hiked across glaciated mountain peaks, camped in alpine valleys, and sea kayaked through island chains.

They began at NOLS Patagonia, just outside of Coyhaique, Chile with a three-day Wilderness First Aid course, which prepares students travelling in the wilderness to prevent, recognize and treat medical emergencies when 9-1-1 is not an option. They them embarked on 30 days of mountaineering —  snow and glacier travel, peak ascents, river crossings, technical mountaineering classes, and wilderness travel skill classes. 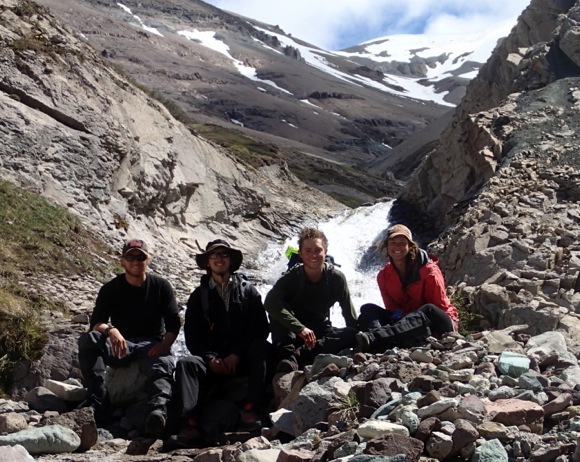 Garrett and his coursemates covered 75 miles during the mountaineering section of the course, backpacking through Rio Engano valley, traveling for three days on Glacier Colmillo, and summiting three different peaks. A lot of outdoor education took place over the 75-mile hike, especially when the students broke off from their NOLS instructors to set off on a two-day independent student group expedition (ISGE), putting their newly attained outdoor skills to use.

Sea kayaking was next on the agenda. Garrett and the other 16 students and four instructors paddled 210 nautical miles in the Aysen Region of Chilean Patagonia, often with waves  up to six feet tall and wind speeds of over 20 knots. They started near Raul Marin Balmaceda and travelled southwest to the Chonos Islands before ending at the north end of Fiordo Aysen. 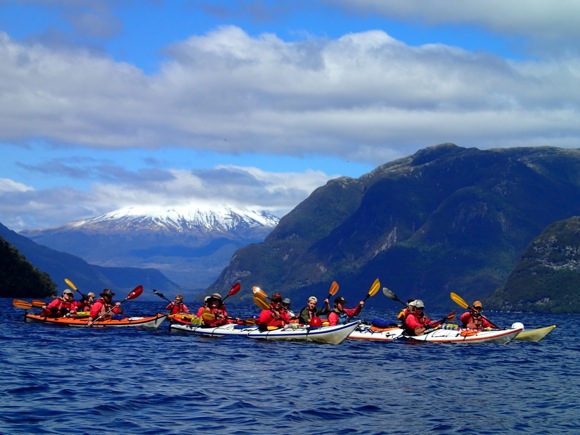 Like all NOLS students, Garrett and his coursemates had the option to earn college credits for their course; 75 percent of college-age NOLS students choose to do so. They all graduated from the course competent, confident leaders and outdoorspeople.

Hello Mr. McMurtry,
I was your third grade teacher in 2001. I just shared this article with my third graders today. I am super proud of the man that you have become. My students enjoyed reading about you and seeing a photo of you when you were in my class as a nine year old.
Sincerely,
Team Yob