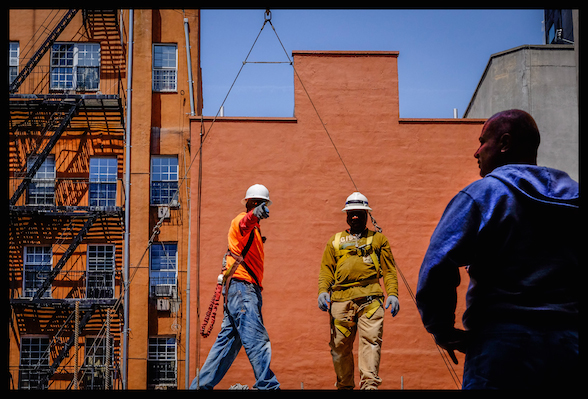 I was very fortunate recently to participate in a week long photography workshop in New York City’s Nolita area taught by Jay Maisel. Maisel is a well known New York photographer – having done commercial work for many years before moving on to only shoot images for his own portfolio. His New York street photographs emphasize light, gesture and color – often vivid colors but especially gesture.

Over the course of five long (7 AM-10 PM) days, Jay took nine of us students through his approach to street photography – and, indeed, in many ways – to life. Each morning, we were out early on the streets shooting for an hour or two.

We then met at Jay’s “bank” building on Bowery St. and had to submit our five best images which would then be subjected to a group critique session later that morning. Those critiques were tough but honest – and provided very valuable feedback that helped us each see better in the camera. Jay would provide teaching on some subject and then we’d all head out to one of his favorite neighborhood restaurants for lunch together.

Jay never goes anywhere without his camera – reminds me so much of InMenlo’s late Chris Gulker who also lived life with camera on his shoulder! So, we also had our cameras and often shot while walking along the way or inside the restaurants. After lunch, he’d set us free on the streets to do more shooting – coming back later in the afternoon for more review, teaching and learning before going out together with Jay to dinner. This daily routine was a retreat-like process – lather, rinse, repeat – with lots of insights and new learning.

In his teaching about street photography, Jay stresses “go for the gesture over the graphics” when shooting images. Light and color are important too, he says – but most of the street photography we think of as “among the best” have some powerful gesture as part of them. The gesture provides the special something to an image – captured in the blink of an eye – or, in this case, a camera shutter!

The image above is an example of gesture. I shot this on the way to lunch at the famous Katz’s Deli on Houston Street the second day of Jay’s workshop (naturally, I had the pastrami sandwich – as did Jay!).

We were walking up a relatively narrow street (I think it was Ludlow Street) on the way to lunch when we came upon this construction site. What caught my eye was the triangular wire shape hanging down from a crane above. But what makes this picture powerful to me is that construction worker on the left pointing directly at me with his finger. He wasn’t particularly happy with me taking his picture – and his attitude came across with this initial gesture! A friend of mine said she also liked the gesture of the fellow standing on the right side – looking off to the left with his hand on his hip. Shortly after I snapped this image, he turned and looked directly at me as well.

Of all of the nearly 2,000 images I came home with that I shot during the workshop, this is one of the best gesture images – and it’s also the only one where I can recall upsetting the subject as I was taking the picture!

For the week, I shot almost all of my images with my Fujifilm X-T1

– a superb new camera in the “mirrorless” class. Much smaller and lighter than a traditional DSLR, the Fujifilm X-T1 provided me with beautiful results. You can see more of my New York street photography images here on Flickr – and with some additional commentary about selected images on my personal blog.

Below is a picture of Jay captured at one of our lunch discussions. Jay’s a wonderful 83 years old – but he sure doesn’t look it! Taking Jay’s workshop was a very special treat for me – he’s tough but also extremely generous and is such a wonderful teacher. Thanks to Jay, I’ve got “new eyes” to see better on the street, to enjoy myself and to have a lot of fun in the process! 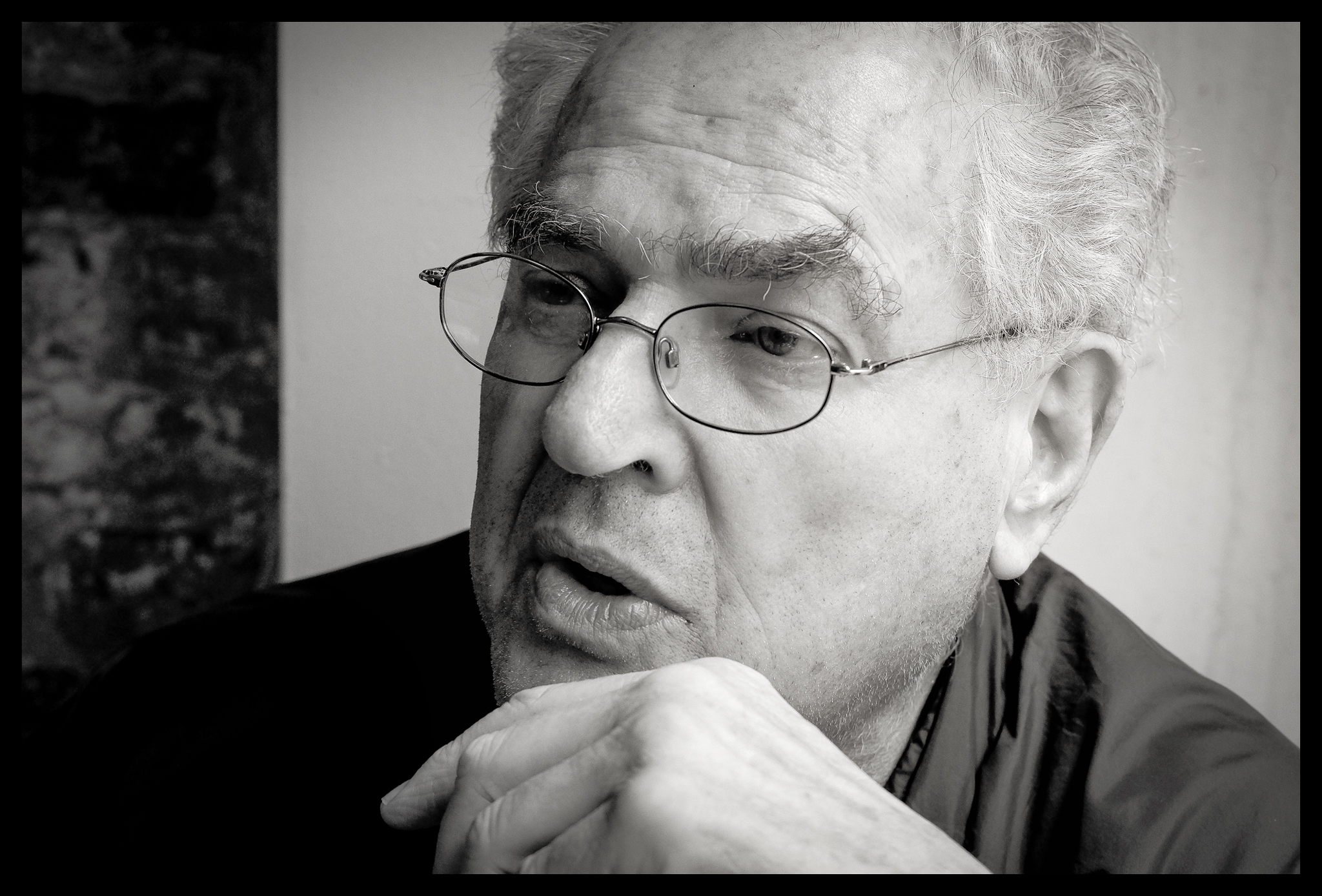