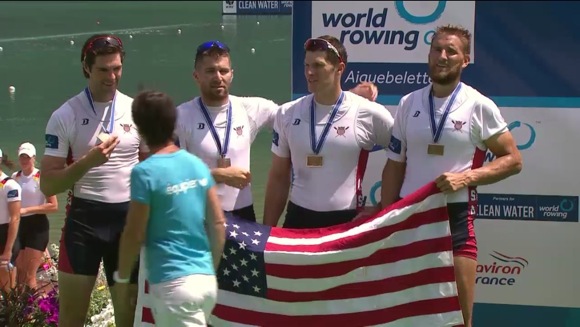 Seth Weil (far right above and wearing red shirt below), who grew up in Menlo Park and graduated from Menlo-Atherton High School, is one of the more than 700 athletes from 46 countries who competed in the 2014 World Rowing Cup II at Lake Aiguebelette, France this weekend. 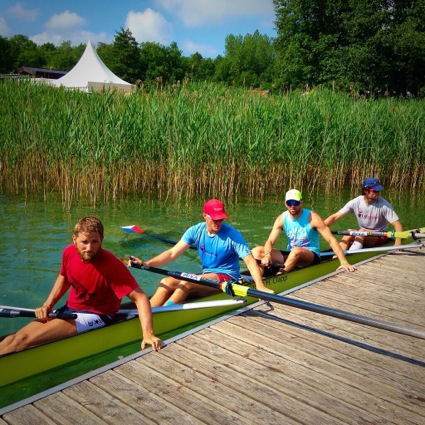 He is part of the U.S. men’s four crew that includes Michael Gennaro (Havertown, Pa.), Henrik Rummel (Pittsford, N.Y.), and Grant James (DeKalb, Ill.). The got the Bronze medal with Great Britain boat #1 taking home the Gold and Australia the Silver.