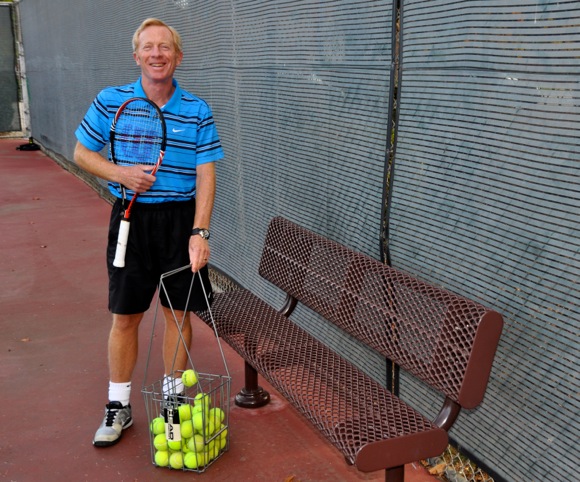 Local tennis teaching pro Marcus Cootsona admits that he finds it difficult to stay off the court and away from the writing desk. Following up on his nonfiction book of tennis tips — Occam’s Racquet: 12 Simple Steps To Smarter Tennis 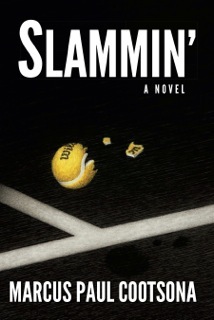 The book tells the story of Wally Wilson, who teaches tennis in Atherton (natch). In mid-life, he suddenly finds himself gifted with a powerful serve. When government agents appear, he begins a pro tennis odyssey that might lead him to the U.S. Open or the twisted nexus of a Grand Slam conspiracy.

“The novel chronicles the life of a teaching pro who becomes a playing pro, all set against the broader world of the ATP tour,” Marcus says. “Even tennis fans don’t always know what goes on behind the scenes on the tour.”

The idea for the book came to Marcus soon after his son left for college, and he found himself a bit lonely. “I thought about writing a screenplay [he’s written for Hollywood before], but it was easier to write as a book and then see if there’s interest in film rights.”

Marcus describes the book as a “good summer read.” “If you like sports, tennis, and a bit of thriller, you can pick the book up and read it almost in one sitting.”

Photo of Marcus Cootsona taken in 2011 by Linda Hubbard