National Night Out (NNO) last Tuesday drew quite the crowd of Menlo Park residents to Menalto Corners where locals enjoyed food and entertainment. 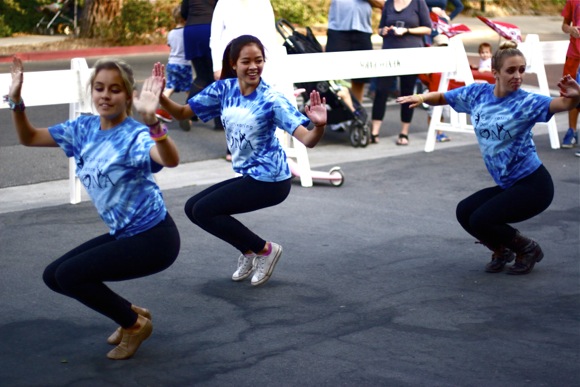 “It was a great social gathering,” said Menlo-Atherton student and NNO attendee Sarah Dairiki, “There were fun and games for just about everyone, and I think it’s a great, engaging way to bring the community together.”

NNO began in 1984, according to the National Association of Town Watch website, and over 35 million people from 16,124 communities across the nation participated in 2013. In addition to hosting a festival, the event served to promote crime prevention awareness and introduce people to their local response teams and police. 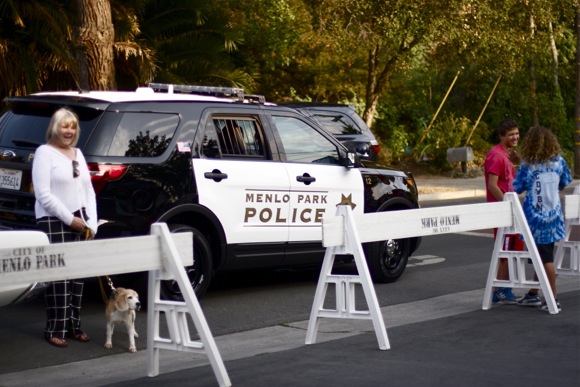 Representatives of the Community Emergency Response Team (CERT), a nationwide program dedicated to assisting first responders in local emergencies, came to educate attendees about food, water, and electricity in emergencies as well as fire safety. Steve Taffee, neighborhood coordinator and chair of the CERT Advisory Committee in Menlo Park, describes the team simply as “neighbors helping neighbors. Our first responsibility at CERT is to make sure that we’re safe, our family is safe, our immediate neighbors are safe, and then we start working at large in the community.”

Taffee encourages anybody who is interested in working to promote public safety to attend the next emergency responder class at Menlo Park Fire Station 77 at 5:00 pm on September 17.