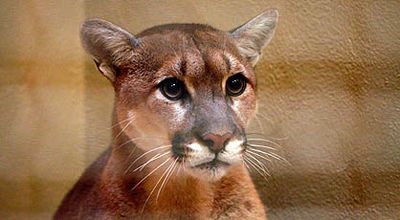 On Saturday, September 6, a resident in the area of Monte Vista and Linda Vista Avenues in Atheton, reported a mountain lion in her driveway at approximately 9:15 pm.

In an incident that has attracted much media attention, a mountain lion attached a boy last weekend in the area near Picchetti in the hills of Cupertino. Last May, a mountain lion had be tranquilized in downtown Mountain View.

In the vast majority of mountain lion encounters, these animals exhibit avoidance, indifference, or curiosity that never results in human injury. But it is natural to be alarmed if you have an encounter of any kind. Try to keep your cool and consider the following:

1. Recognize threatening mountain lion behavior. There are a few cues that may help you gauge the risk of attack. If a mountain lion is more than 50 yards away, changes positions, directs attention toward people, and exhibits following behavior, it may be only curious. This circumstance represents only a slight risk for adults, but a more serious risk to unaccompanied children. At this point, you should move away, while keeping the animal in your peripheral vision. Also, take out a deterrent device or look for rocks, sticks, or something to use as a weapon- just in case.

For distances of less than 50 yards, where the animal is staring intensely and hiding, it may be assessing the chances of a successful attack. If intense staring and hiding continue, accompanied by crouching and creeping,the risk of attack may be substantial.

2. Do not approach a mountain lion; give the animal the opportunity to move on. Slowly back away, but maintain eye contact if close. Mountain lions are not known to attack humans to defend young or a kill, but they have been reported to “charge” in rare instances and may want to stay in the area. Best choose another route or time to adventure through the area.

3. Do not run from a mountain lion. Running may stimulate a predatory response.

4. If you encounter a mountain lion, be vocal and talk or yell loudly and regularly. Try not to panic: shout to others in the area to make them aware of the situation.

The Peninsula Humane Society & SPCA includes a Wildlife Department which can be reached at 650-340-7022 extension 414, leave a message with the situation/problem and they will call you back.