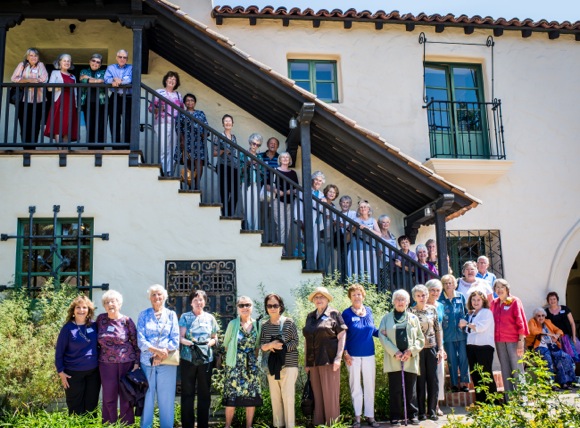 Members of Menlo Art League met at Allied Arts Guild on September 12 for a final meeting to lunch, celebrate their art with an exhibition, and honor their leaders of the past 40 years.

Guests for the occasion were Jackie Drew, first President at its founding in 1974, and Past President Carol Morrow under whose guidance a scholarship program for Menlo-Atherton and Woodside High School art students amounted to $11,000 over a 10-year-period.

After September 30, the art club will no longer be functioning due to lack of new leadership potential.