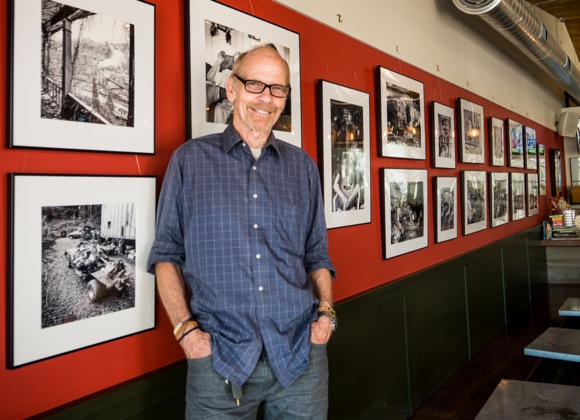 For as long as he can remember, photographer Neal Menschel has had an enduring and keen interest in telling the stories of others and giving a voice to those in the world who have no way of being heard. His exhibit at the Freewheel Brewing Company is an example of that philosophy.

The Chords of Labor project began with the idea of creating a book on the roots of music. Neal’s research took him and his collaborating daughter Molly on a trip through Southern states sampling local ethnological music along their journey. The last state on their tour was West Virginia.

“It was like stepping back 50 years in time,” said Neal. “You are never a stranger there. Through all of the poverty — and it is legendary —there shines through remarkable values of work, family, music, and religion.”

The people they met and their irrepressible spirit against the challenging odds of their lives, along with the land itself changed the course of the project. Explained Neal: “By the final day of our stay in West Virginia, it was obvious that these were the stories that we wanted to tell.” 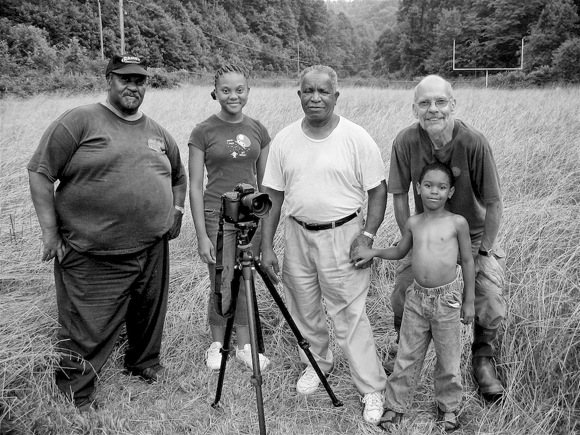 The photographs, currently on display at Freewheel, illustrate three of the themes — music, labor, and family. The images are organized in two groups, coal mining and logging, with the third theme music, interspersed throughout.

The first set of photographs were taken in McDowell County in southern West Virginia and follow Ray Kline, an independent coal miner and his three sons, as they mine “low” coal over a mile inside of the mountains. They spend eight to twelve hours a day in mostly “hands and knees” height seams using heavy equipment in what is called “continuous mining.” It is a dangerous and difficult job but in a county whose population has gone from 120,000 to just 20,000 in the past 50 years and has one of the highest unemployment rates in the country, mining jobs pay relatively well.

The second set of photographs follow the Bulyard family from Jane Lew, central West Virginia. The Bulyards are loggers. Their crew is made up of the father, son, son-in-law, and a hired worker. Neal met Chad, the son, playing banjo at a music jam being held at the local McDonalds.

“Chad asked me what I was taking photographs for and I explained the four themes to him and how I was looking for subjects who would represent those themes,” said Neal. “He looked at me and said, ‘Well, you’ve got all four of ‘em represented right here,’ pointing to himself. Chad was a logger, musician, family man, and a minister.”

He currently teaches at Stanford University’s Continuing Studies program and works as a private consultant and photography coach, guiding clients through the development and growth of their photographic skills. He’s had exhibits at historical and fine art museums from Anchorage to Boston. This is his first show on the San Francisco Peninsula.

Frewwheel Brewing Company is located at Marsh Manor; a reception for the photographer is scheduled for Sunday, Sept. 21 from 5:00 to 7:30 pm.  This is the second of many exhibits that Freewheel will display, rotating every few months.

Black and white of Neal with people met on his journey by Molly Menschel, courtesy of the photographer