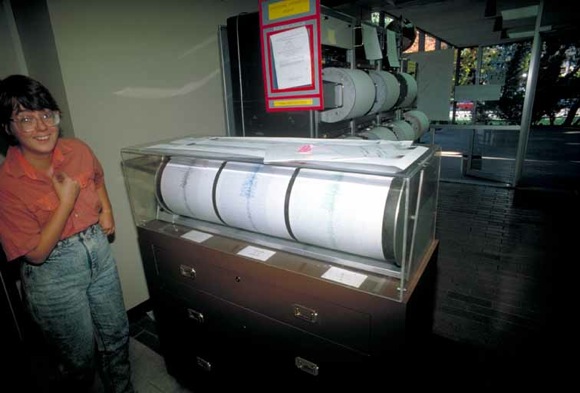 Editor’s note: The Loma Prieta earthquake struck at 5:04 pm on Oct. 17, 1989, recording a magnitude of 6.9.  Menlo Park sustained little damage, but the quake did prompt lasting changes to local search and rescue procedures as chronicled below.

Twenty five years ago, Oakland Fire Department Battalion Chief Manny Navarro was off duty when the Loma Prieta Earthquake struck. He returned to work and was assigned as one of two commanders for the Cypress Freeway Collapse. During that first night his personnel extricated and rescued 12 to 14 people from the pancake collapsed deck sections of the freeway. He supervised search and rescue operations until the fifth day when his personnel found and rescued Buck Helm, the last survivor found at the Cypress.

In 1991, several years after the event, Navarro led the effort for Oakland to become one of 25 original National Urban Search and Rescue Task Forces (US&R) for the Country. He went on to become an Assistant Chief in Oakland overseeing US&R Task Force 4 until moving to Colorado where he became the Fire Chief for 14 years. Several years ago Manny moved back to the Bay Area and became a Division Chief for the Menlo Park Fire District where today he is in charge of Task Force 3, the Menlo Park based National Urban Search and Rescue Team comprised of Peninsula fire personnel and civilians. 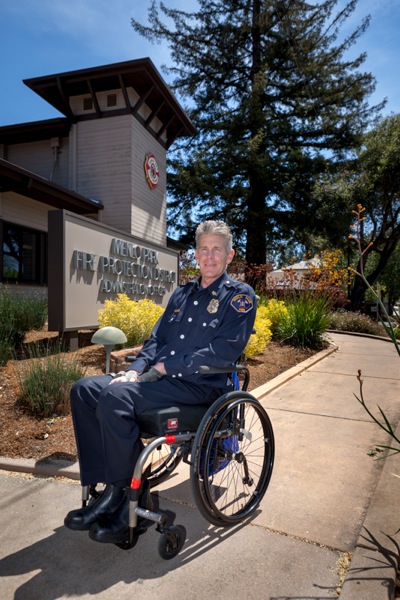 Twenty five years ago Firefighter Harold Schapelhouman was off duty but working on a water rescue proposal at the Menlo Park Fire Protection District’s Station 1 when the Loma Prieta earthquake rocked the building. After the shaking stopped, he came out from beneath a desk and went down into Fire Dispatch where he assisted the dispatcher for the next six hours sending responders out to hundreds of calls for emergency service.

Based upon his previous work related to preparedness, emergency response and training, Schapelhouman was selected in 1990 to work on a Federal pilot program that was developing a National Search and Rescue model for multi-disciplined Task Forces and equipment for the country meeting in the Washington, DC area. While there, he met and worked with Battalion Chief Ray Downey of FDNY on the project; Downey became his mentor and friend.

Downey was the most decorated Chief at FDNY and was considered the most experienced and knowledgable rescuer in the United States if not the world at the time. Together with Downey and 28 other Fire and civilian personnel from around the Country, they developed the template for what has become the FEMA National Urban Search and Rescue (US&R) Task Force network of 28 teams for the Nation.

Working together, both Menlo Park and Oakland Fire Agencies were selected to become part of the National Network of 28 National Rescue Teams in 1991. Schapelhouman went on to become the Fire Chief for the Menlo Park Fire Protection District where he still works today.

The water rescue proposal he was preparing was accepted, and today after hundreds of successful rescues in the San Francisco Bay, the District has the largest fleet of specialized water craft in the South Bay. The Team is also part of a State and Federal network of teams that has seen action during the Northern California Floods and, most notably, during Hurricane Katrina where together with Oakland’s Team they rescued over 1,000 people over 16 days, including 501 people in one day in the French Quarter of New Orleans calling in 63 air missions using helicopters to evacuate victims of the flood.

In 1995 Chief Ray Downey of FDNY was in charge of Federal Rescue Operations for the Oklahoma City Bombing, supervising Schapelhouman and his team. Tragically, he was killed during the collapse of the second World Trade Center Tower during the attacks of 9/11. Schapelhouman was a Task Force Leader for California Task Force 3 during that event assigned to the night shift. “Loosing Ray made it very personal for me,” he said. “We essentially lost the father of the U.S. rescue program that day”

The Loma Prieta Earthquake along with Hurricane Hugo earlier that year prompted the Federal Government to create a National Network of Search and Rescue Teams. Today, the Bay Area has two experienced and equipped National Response Teams in Menlo Task Force 3 and Oakland Task Force 4.

The Fire District built a multi-acre training site near the Dumbarton Bridge where over the last 20 years it has trained thousands of first responders from the local region, through out the state, country, and from around the world in technical rescue techniques learned during its responses around the nation.

The Fire District operates a 26,000 square foot warehouse in eastern Menlo Park loaded with over 100,000 pounds of rescue equipment ready to be deployed at a moments notice. Each year it receives over a million dollars from the Federal Government to train and equip a specialized team of 200 Bay Area Rescuers.

According to Schapelhouman, it’s important to understand it all started with the Loma Prieta Earthquake. “It was a catalyst for change in the rescue community,” he said.