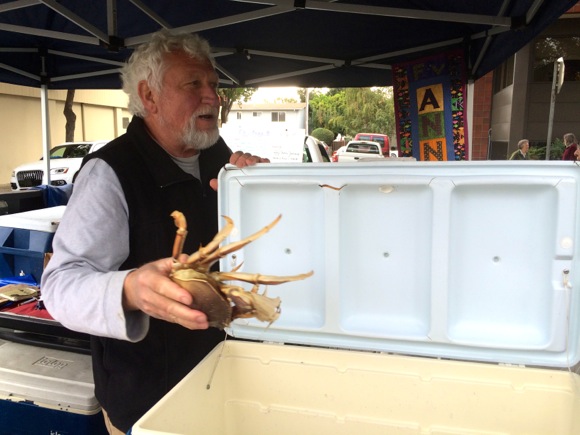 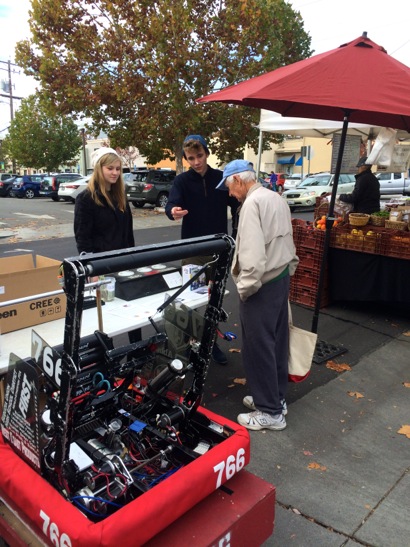 At the Crane Street end of the Menlo Park Farmers Market this morning, shoppers were greeted by a robot while at the Chestnut Street end, they could buy a live Dungeness crab.

Yesterday was the first day of commercial crab fishing, and Pietro Parravano had brought back a bountiful catch. “There were plenty out there,” he reported. “Next week, I’ll have cooked crab.”

Also on hand today were representatives of the  Menlo-Atherton High School robotics club, Team 766,  and their nationally-ranked robot. They were fundraising for the club by selling two kinds of energy-efficient light bulbs.