Rich May Memorial Field hopes to give all children equal opportunity 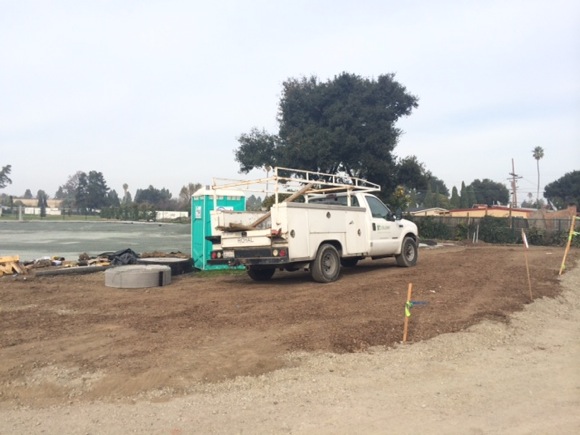 Atherton resident and Menlo-Atherton High School alum Frank Merrill is currently heading the project of building an athletic field in East Palo Alto in order to honor his stepson and create the opportunity for underprivileged children to play sports. What follows is an interview with him, highlighting his journey throughout the process of creating The Rich May Memorial Field.

Where did you get the idea to build the field?

“The impulse came about during the trial when they were trying to confirm the guilt of the former M-A student, Alberto Alvarez, for having shot and killed my stepson. His defense team came up with a hair brain thought that one of the reasons he did what he did was because he didn’t have equal opportunities to recreational facilities because he grew up in East Palo Alto.

“And I thought that was a rather insane thing to say, but given that one of the defense psychologists said that, I thought it’s one thing that I could do, because I cannot change what happened, I cannot bring Rich back to life, and I cannot change the world, but I can change the opportunities that the kids from East Palo Alto have for recreational opportunities. I took that task to heart to see if I can make a difference.”

Have you started the construction on the field?

“Yes, the construction will be done in another 4-5 weeks. They are going to start putting the artificial turf down in a couple of weeks, depending on the weather. They expect the field to be operational around the first of April.” 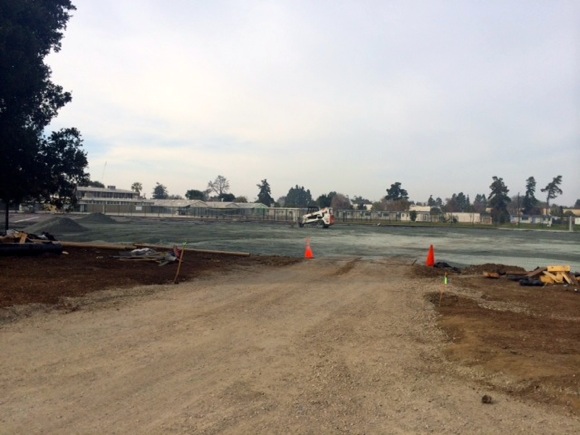 How difficult was it to come up with the money to build it?

“Two things happened: one is that it was a very difficult and arduous process to get an agreement that both the Redwood City School District and the Saint Francis of Assisi Catholic Church, in essence the archdiocese of San Francisco, could come to. The property that the field is on is 85% property that belongs to the church and 15% that belongs to the Redwood City School District. It took us about four and a half years to get the two groups to a spot where we could make an agreement. That was the hardest part. The biggest problem was that Rich was killed nine years ago this January, and the longer that it went, the harder it was to raise the money because people forget.”

What sorts of people do you hope the field will attract?

“Well, I hope it is an opportunity for all kids and young adults, and even adults, to have a field that is as good or better than any that they could find in Redwood City, Palo Alto, or Menlo Park. This is a situation where there is no all-weather field in East Palo Alto, there is no field that all teams can play on in the winter, and especially not at night, because the only field in East Palo Alto that has lights is at the 49er’s Academy, as they call it, but that field is grass, so whenever it rains they have to shut it down. But this field will by synthetic grass so anyone can play on it during the winter months or at night.”

What have learned from this project?

“I have learned lots, and I have learned one of the most important things that Reverend Martin Luther King was absolutely correct, ‘Keep your eyes on the prize.’ You can not spend your time worrying about the little tiny things that people will be angry about…all kind of things are going to be said, and all kinds of things are going to happen, but you cannot worry about that, you have to continue to keep your eyes on what is most important. What was most important to me was this field, and that’s why I have continued to look above the fray and have persisted in order to do what I know is right, which was to build this field.”

“I would just like to make sure that the M-A crowd understands how important it was to have the wonderful friends that I met at M-A and what an important part of my life M-A was.”

While the idea is a good one, there were no efforts made to address the traffic that will be produced by this field. The May group refused to do traffic studies on intersections where there are NO stop signs, or traffic lights. Unless there is a crossing guard or a police officer, I predict some child is going to be hurt.