Laurie Goldman explains how PictureItPostage™ works for your special event 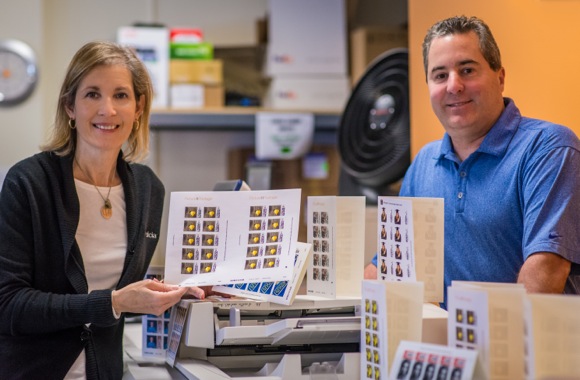 Any one who has planned a big event that involves a custom-printed invitation has come to that moment of needing to slap a postage stamp on the envelope that may — or may not — complement the carefully designed contents. Yes, there’s always the USPS “love” stamp for wedding invitations, but wouldn’t it be nice to have something more personal and creative, like a photo of the bride and groom?

You can, thanks to PictureItPostage™ offered by local company Endicia, where Menlo Park resident Laurie Goldman works. “It’s simple,” she said. “You go the PictureItPostage website and load your image. Then you can purchase postage in sheets of 20, which we print locally.

“It’s considered metered mail, so the stamp isn’t cancelled (at least at most post offices). So when the envelope arrives at the recipient’s mail box, it still looks pretty.” 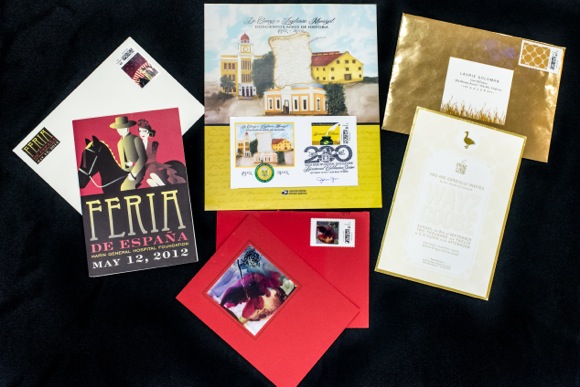 While Endicia does large jobs for big companies, PictureItPostage is more often used by event planners as well as individuals planning weddings, anniversary celebrations, and Bar and Bat Mitzvahs.

“We have to physically look at the image and approve it,” explained Laurie. “It can’t be political in nature, no nudity or profanity, and not infringe on trademarks.”

Laurie had brought a number of examples of invitations using PictureItPostage. One was for an event honoring the late Blake Edwards, a well-known Hollywood director. She showed us a note that a woman named Julie had written in appreciation. We figured that must be Julie Andrews, but Laurie hadn’t previously connected the dots. “Wow,” she said, “I have a personal note from Julie Andrews. That’s pretty cool!”