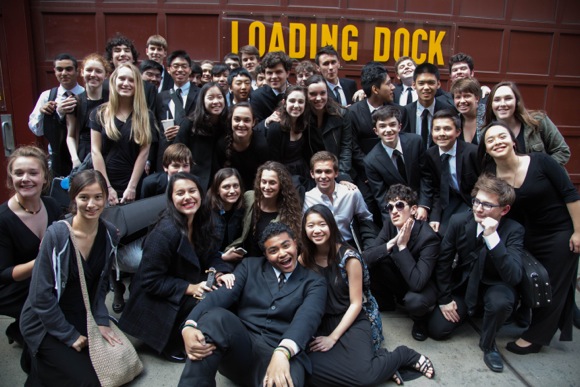 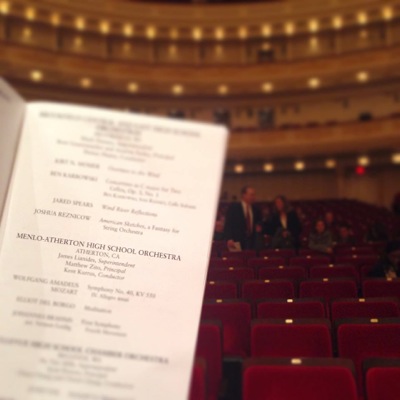 Senior Ryan Jacquemet said, “Right up until the first note it was all nerves. After that, it’s just like reading a book.”

The students felt a mix of relief and sadness upon finishing the pieces, and they anxiously await the clinic notes to hear what the judges thought.

After the show, the students had a hard time describing the feeling on stage with words. One said it was “colossal’ while another said feelings ranged from panic to awe.

Said sophomore Lucy Prichard, “The ringing of the stage was so unexpected, being in such a big hall. Regarding our performance, the ringing was amazing; everyone cut off in time, and it was a very good year to work for it.”

“Honestly at the beginning I wasn’t nervous, until after my first solo,” said junior Julie Bailard, “and then I realized I just played a solo in Carnegie Hall, and that’s when I got nervous. And then I realized I had to play that solo again, and I shook, but I managed to
get past it.”

The students presented Kurrus with the baton from Les Miserables seen on the eve of their performance, as a nod to their respect and reverence for him.

Bailard’s words to Kurrus, “We really admire you and we are thankful for what you do for the orchestra and for us as people.” 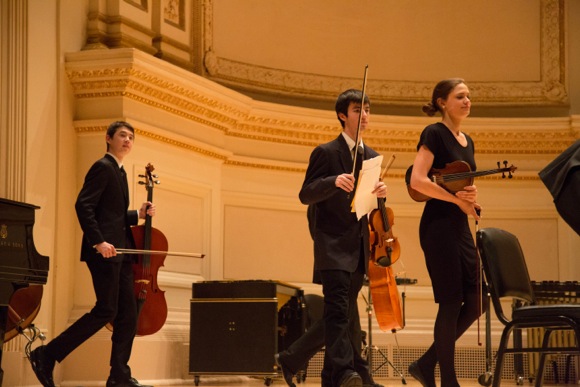 Congratulations ! What an unique experience! As a former Menlo Park City School Elementary Kindergarten Teacher, I am very proud of Menlo Park students! Keep up the fine work. Perseverance wins the race!

Fantastic! Glad to read about a flourishing M-A orchestra. What were the pieces that they played? The program photo is very blurry…

The music program at M.A. is an amazing community asset. Thanks Mr. Kurrus! Great job, musicians!

I’m very proud of the young talent here in our town. And it goes all the way to Carnegie Hall!!

This violin teacher could not be more proud of this wonderful group. It was really moving to see and feel the awe of the players as they took the stage and finally realized what it felt like to be playing in this amazing place! Great work, all , including this community that supports school music!

Fantastic experience, were so grateful for this opportunity. What a blast!