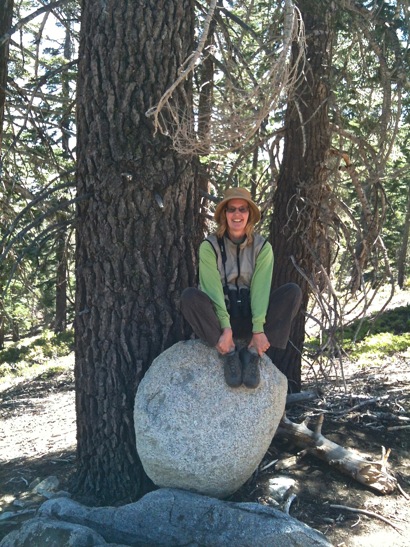 Water has always piqued Menlo Park resident Leah Rogers’ interest. “People are curious about the quality of the water they are drinking,” she said.

She pursued a career as a hydrogeologist until a few years ago when she stopped working full time. “I’d spent my career writing a lot of papers that nobody read and decided to go in a different direction and make a film that would be accessible to more people.”

Her short documentary on the Tuolumne River will have its debut on the eve of Earth Day — and coincidentally John Muir’s birthday — on April 21 at 6:30 pm at the Menlo-Atherton Performing Arts Center. The evening will also include a film tribute to river conservationist and Portola Valley resident, Martin Litton, who passed away  at the age of 97 last November, as well as some musical entertainment. Tickets, which benefit the Tuolumne River Trust, are available online.

Leah’s film takes a look at the hard working nature of the Tuolumne and the aqueduct that brings the High Sierra water from northern Yosemite National Park to the Bay Area.

“Everybody worries about water,” said Leah. “My goal is to help them fall in love with their watershed.

“I did most of the filming but also engaged some people who did drone photography. They were nice enough to get some footage I could use. I was able to interview people who had important things to say about the river.

“Another Menlo Park person, Nate Gardner, is my partner in crime. I think we’ll have some follow up short films that will continue the story of Tuolumne as well as the drought. I think it’s easier to face the 25% cuts if you’re thinking about the beautiful area our water comes from.”

Photo courtesy of Leah Rogers taken in the Desolation Wilderness

I believe this is extremely important to all of us, bay area’s residents.