Frances Reneau draws on her experience as ranger for MPOSD in her first book, Rangerchick 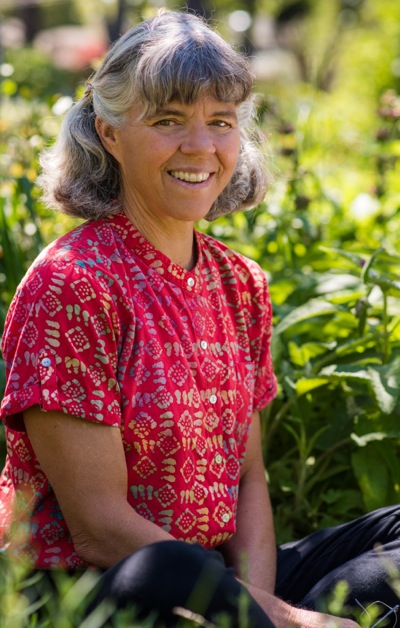 When Menlo Park resident Frances Reneau graduated from Stanford with a degree in Germanic Linguistics, she viewed herself as a studious and academic person. That translated into some indoor pursuit, which for her was initially classroom teaching and then teaching ESL.

Now after 15 years as a Ranger for the MidPeninsula Open Space District, she looks back at the notion that working out of doors was neither academic or intellectual as misguided. “But it took me a while to turn the corner,” she said with a sigh.

“About half the Rangers I work with knew they wanted to be Rangers from the time they were in high school. Others came to it like me, as an avocation turned vocation. I grew up with an outdoorsy family, hiking and backpacking.”

Frances explains her duties as a “generalist Ranger,” a mix of law enforcement, emergency medicine, fire fighting, and light maintenance.

“Most days I drive up to Skyline, change into my uniform, check out my truck and go on patrol,” she said. “I can chose which of the 22 preserves I want to patrol, be in a truck or by foot or bicycle.

Over the years on the job, she’s kept a kind of journal, which now makes up a stack of lined notepads. Some years back, she took a look at her accumulated writings and realized she either needed to put the notepads into recycling — or do something with them. She chose the latter and turned them into arecently published book Rangerchick.

“The fun part was revisiting the stories,” she said. “And creating the story arcs. I think that in order to be a good teacher or good ranger, you have to be a little bit of a story teller. To have a sense of the punch line.

“That’s what I hope I’ve done. Drawn all my experiences and observations  together and put a little zinger at the end!”