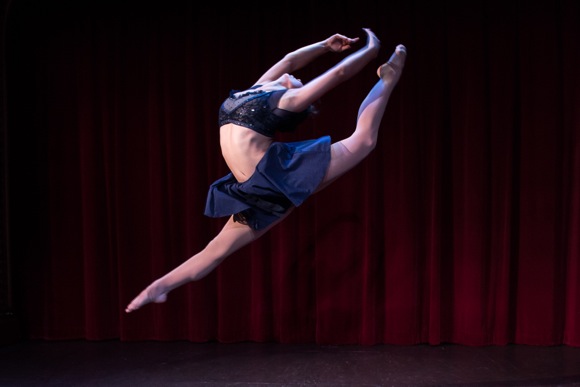 Menlo School grad Jessica Fry was the winner of the The Steve Silver Foundation & Beach Blanket Babylon “Scholarship for the Arts” in the dance category. She received $10,000 to be used for college education and plans to attend Stanford, where she will pursue a degree in physics.

Jessica competed against two other dance finalists at Club Fugazi in San Francisco. There was also competition in voice and acting. 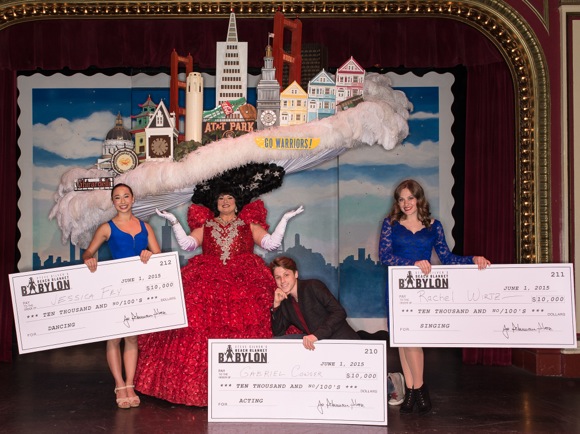 Jessica has been dancing since she was three. Her first lessons were at the Menlo Academy of Dance. She moved to the Bay Area Dance School three years ago to follow her teacher, Leyla Boissonnade.

“I had a lot of energy as a kid and my Mom thought dance would calm me down,” Jessica recalls. “But dance actually gave me more energy!’

She describes her style of dance as “ballet-based” but mixes in contemporary, jazz and modern. For the Beach Blanket Babylon competition she picked Bring Him Home from Les Misérables and worked on the choreography with Leyla.

“The song is about sending someone off to war, and obviously I haven’t experience that,” said Jessica. “So we worked on making it about teen depression and trying to help a friend through that.”

Jessica will take part in a number of dance programs around the country this summer. And while she’ll be science student at Stanford, she is keeping alive the dream of joining a contemporary  ballet company. “I’m also really interested in musical theater and would love to appear on Broadway!” she said.