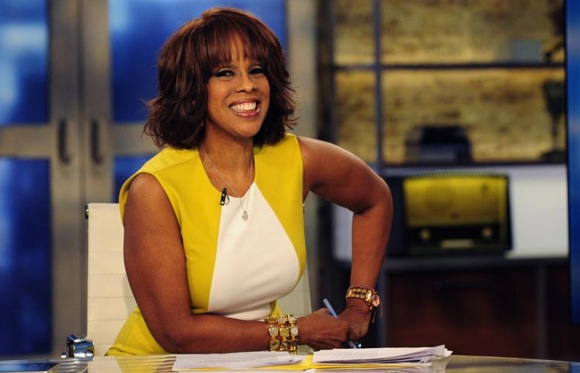 Did you know that Gayle King, CBS This Morning co-anchor (and, of course, Oprah’s best friend), lived in Menlo Oaks during the late 60s through early 70’s and graduated from M-A? Her father’s job as an engineer brought them to Menlo Park.

The Kings were the second black family to move into Menlo Oaks. As far as we know, our family was the first. My father was a private practice physician in Menlo Park for nearly 50 years. Our two families became very good friends. We lived on Berkeley Avenue near Bay Road. The Kings lived a block over on Menlo Oaks Drive near Colby. 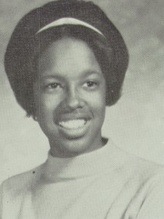 The Kings had four daughters and no boys, and our family had three girls and no boys. Mr. King and my dad, who became friends, were out numbered 9 to 2 by the “female factor!” They didn’t stand a chance!

Mrs. King used to come over to our house almost everyday. She was totally at home at our house. I remember she would open the frig and ask my mom, “Vi, what you got in this frig?” Mrs. King was very well educated but when with friends she’d be just a “down home girl.”

What I most remember about Gayle is her being in her room studying and that she had a Bill Cosby poster on the back of her bedroom door.

The Kings moved away to Maryland, but Gayle stayed behind in Menlo Park to finish high school (graduated in 1972 I believe) and lived for a year with M-A teachers Roger and Peggy Heathcote.

The ties that bind loosened over the decades and there was less and less contact with the Kings once they moved away. One day after almost 25 years of not seeing my Mom, Mrs. King totally unexpectedly rang my Mom’s doorbell. Mom answered the door and started (happily) screaming when she saw Mrs. King! From then on they kept in touch by phone until Mrs. King’s death in 1994.

My sisters and I last saw and spoke briefly with Gayle at M-A at the 2002 All Class Reunion. She was being followed by TV cameras from the Oxygen network.

Little-known Gayle King fact: “I changed my name from Gail to Gayle in seventh grade because I liked to make a loopy y.”

It’s nice to read stories about “the old” Menlo Park. Thank you, Tamera!

Hi Emily.
You’re welcome. The Kings are a nice childhood memory. We hated to see them move away.

Hello Tamara , I just wanted say we Appreciathe the work your Father did .I remember Doctor White being my grand mother doctor doing home visit years later being my whole family Doctor he was a Great Doctor

Tamera, YOU should be the co-anchor! Must’ve been something in the water in Menlo Oaks. You definitely have skills.

Gayle had a poster of Bill Cosby…now the he is famous for something other than being a actor/comedian ……..it might be worth some bucks especially if he autographed it!!!!

The Heathcotes are amazing people! Always doing something for others!!

Yes and we the Campbell family of Menlo Park also have stories and memories. Sure wish I could see or hear from my then best friend. Sharon King.

Thanks for sharing Tamera. I was just as intrigued about your family’s history. Growing up in Menlo Park, I was a patient of your father Dr. White in the mid 60’s and early 70’s. I think his office was on Willow Rd next to Baneth’s Pharmacy. I also think he delivered me, but not sure. I remembered being impressed that he was a Black doctor. He was probably the first Black professional that I was exposed to at an early age. That gave me inspiration to know that as a young Black kid, I could also obtain any goal I set out for myself. I went on to Menlo School, UCLA and Stanford GSB. I stand on the shoulder of your father and others who paved the way to show that anything is possible, even from the humble beginnings of Belle Haven.

Sadly, but time marches on, the King’s home on Menlo Oaks Drive is slated for demolition. After the King family moved, it was purchased by the McCormick family, who subsequently relocated to Donner Lake. The next family was the Carters, who raised a few children. The Carters relocated to Arizona and the home was purchased by a new owner. The home itself is a single story Eichler which has undergone remodeling since the time the King family lived there. I believe the Kings may have been the first owner. Many, many years ago, Gail King was my babysitter.

Who doesn’t remember Dr. White, his black bag, and house calls. I also recall Dr. White and Dr. Lockhart having an office on Bay Road. I went to school M-A with Marcey (?) spelling, seem like you had sister Marsha, you most be the youngest. Thank for the article of the King family much love brought back a lot of memories. Always in Spirit!!!