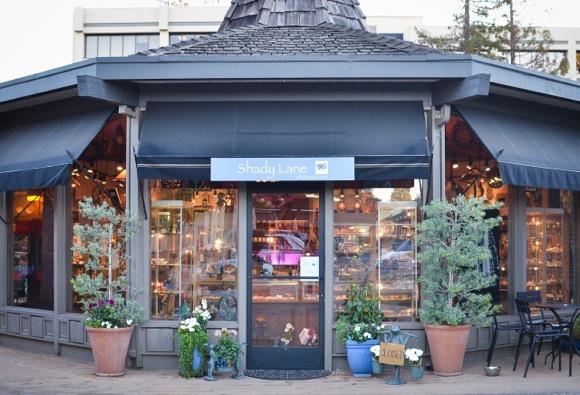 Earlier this year, the Shady Lane gift shop moved from its bustling downtown Palo Alto location to a quieter storefront in Menlo Park. The store, which now resides in an octagonal building in the Sharon Heights Shopping Center, features an “eclectic mix of beautiful items at all prices,” owner Alice Deutscher explains.

Before opening, Alice and her family renovated the building by updating the lights and the walls. “I can’t imagine being anywhere else. It’s a blessing we found this building,” Alice raves. “There is no ‘worst part’ to an octagonal building. It’s amazing and magical.”

She says that moving into a quieter neighborhood has not hampered business, as pre-existing customers have followed the store to its new location. In fact, since moving to Menlo Park, more customers have bought wearable goods such as textiles and coats. “Often,” says Alice, “people often come in shopping for others, then buy something for themselves. Especially jewelry.”

For first-time customers, she offers up a small complementary heart. “We are kind of famous for our hearts,” Alice explains. 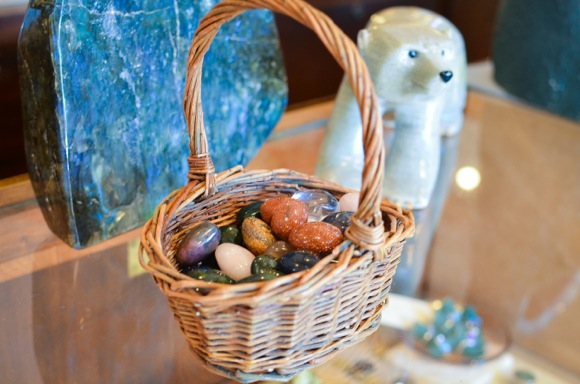 The scarves have also been extremely popular since Shady Lane’s move, and the store has expanded its scarf collection. Judi Eichler, a local artisan who makes scarves and jewelry for the store, defines Alice as a “good mentor. She gives suggestions if something isn’t selling [and] is amazingly supportive of local and upcoming artists.”

Alice started experimenting in the craft industry after graduating from college with a teaching credential. Initially, she and her husband sold their hand-crafted gift items at craft fairs. They opened Shady Lane about 40 years ago as more permanent forum to sell their crafts. “Some people would ask me, ‘Alice, when are going to get a real job?’” she laughed, “It hasn’t been easy. We struggled all the way, but it’s what we wanted.”

I got this from my friend in Richmond, Lynne Theriault. I just wanted you to know that she saw it-I guess from boyfriend, Shelly who lives in Menlo.
Have a great month.
sandi

I’m so glad to hear that Shady Lane is doing well!