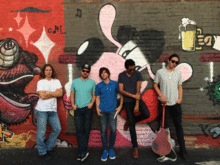 This event may be out of our usual coverage range, but we’re including it as we think it may have particular interest for M-A alums from the 60s who remember both school vice principal Jimmy Coffis and the Everly Brothers very well.

Son Jim Coffis emails: “Last year in September, our sons, The Coffis Brothers and their band held a sold out, standing room only show at the Kuumbwa Jazz Center, one of the most intimate and iconic venues in Santa Cruz. The show featured the band performing songs made famous by the Everly Brothers like Wake Up Little Susie, Bye, Bye Love, Be Bop a Lula, Cathy’s Clown and many others (26 tunes in all).

“The crowd was generally older than they usually draw, in fact Jamie said it was a little intimidating to be singing songs that were better known by the audience than the performers. Nonetheless they pulled it off and provided a very memorable experience.

“The combination of the familiar sound and lyrics that evoked memories of another era along with stellar musicianship and sibling harmonies provided a unique musical experience that put smiles on the faces of everyone.

“Fortunately they had a video production crew on hand so you can see and listen to some of the songs they did that night. As good as these videos are though, they can’t compare with the live experience.

“[They’re doing it again] on August 28. You can purchase tickets online. We guarantee you will not regret it!”