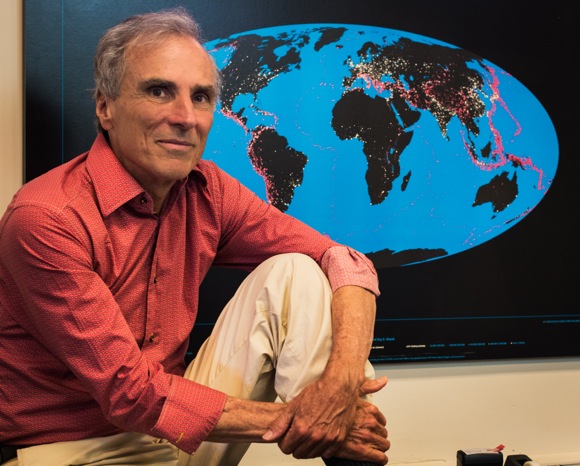 There’s a  perfect storm growing in developing countries, according to Brian Tucker, CEO of Menlo Park-based, non-profit GeoHazards International (GHI). As their population grows, more and more people are concentrating in cities that are in earthquake zones.

“If you look at the type of building in developing countries 50 to 60 years ago, structures like bamboo houses, there was less of a problem,” he says. “The new buildings are more vulnerable.”

The mission of non-profit GeoHazards is to end preventable death and suffering from natural disasters. The strategy the organization uses is summed up on its website: “We work with the world’s most vulnerable people to develop and deploy preventative solutions that are known to save lives.”

Explains Brian: “Over the past 20 years, the situation has gotten worse. I think we should ask why and look at it carefully. Is it a matter of not enough resources or not the right techniques?

“Typcially, it’s earth scientists or structural engineers that are involved, but maybe the solution is not in our domain. We need to look at social scientists and psychologists and public health workers to expand our ability to make progress.” 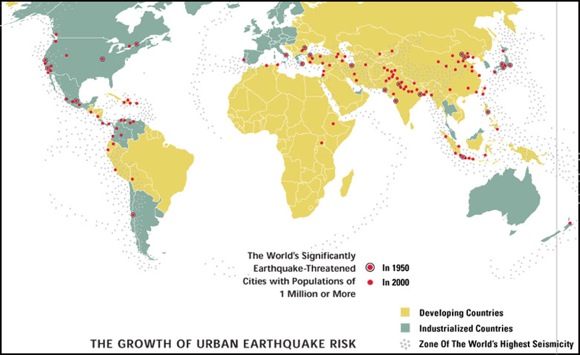 Brian grew up in earthquake country himself, being raised in Southern California and attending Pomona College. He was pursuing oceanography at Scripps when a “charismatic professor” got him interested in earth science.

Soon after graduating, he found himself in Tajikistan where the Soviets were doing research on earthquake prediction. About 25 years earlier, a huge earthquake had killed 20,000 people.

He saw people building their homes out of adobe, which were highly susceptible to collapse in the event of an earthquake. But one home in one village was different; it had a wood frame that met the design criteria to withstand a quake.

“The current owner’s father had built the house. He told me that it was the one house that had survived the massive quake, that all that was left of the other houses were mounds of mud.

“It was such a compelling story, but when I asked him what kind of house he would build of his family, he told me a traditional adobe house.

“That experience has stuck with me all these years. How you make a difference is not all that obvious.  Even if someone discovers how to build correctly, the practice doesn’t necessarily spread.

“It was a life changing moment for me. I felt I needed to do something that actually made a difference.”

Brian spent many years at the California Geological Survey  before founding GHI in 1991, with initial funding over three years from OYO Corporation, a Japanese company whose founder believed in translating the knowledge and practices of industrialized countries to developing countries.

“We were founded to do things that nobody else was doing,” Brian said. “To go to places that are forgotten and neglected. Our cost of business is higher than other organizations because we have to find places that are vulnerable and find people to go there.

“We really depend on companies like OYO and are fortunate to have the support of several family foundations in the area. Through their support we are able to save lives and reduce suffering due to natural disasters in areas most vulnerable.”

You can learn more about GHI and how you can help on their website.