After 48 years, Joan Patch says good-bye to Menlo Park – but leaves the lights on 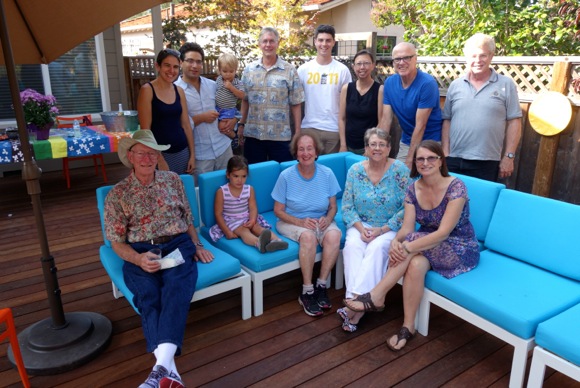 Today, Joan Patch is moving from the house she’s called home in Menlo Park for 48 years, but she’s leaving the lights on — literally.

Joan had lived in Menlo on Camino a los Cerros for about seven years when, in the early 1970s, she became aware that the street was very dark. “There’d been a few bicycle thefts, and people were getting nervous,” she recalled. “So I got the neighbors together to sign a petition to install some street lights.” 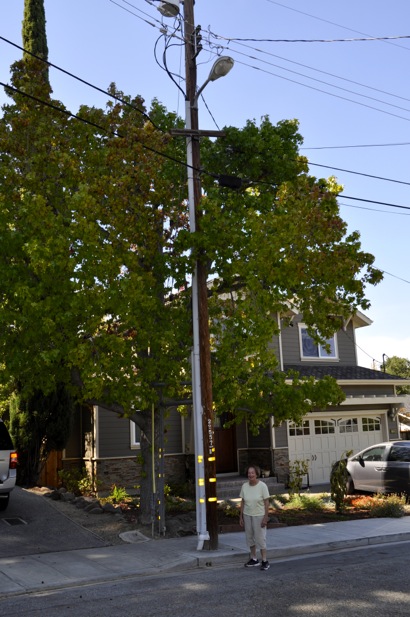 In retrospect, Joan believes she made one mistake. Instead of going through the county of San Mateo, she went directly to PG&E. That means she’s been on the hook to pay for the lights every year since, rather than have it be part of each homeowners’ property tax bill.

Not that that’s been much of a problem. Once a year she’s gone door-to-door collecting from her neighbors, who’ve willingly paid. “This year the bill is $320 for the three lights, so I collected $20.07 for each of the 16 households who contribute. If they give me cash, I forgive the seven cents!”

Joan is heading to a retirement community in Boulder, CO, along with one of her daughters, who is retiring there and buying a house. “I definitely have mixed feelings about leaving Menlo Park,” she said. “My neighbors are great. I’ve been involved in an exercise program at Sequoia for 23 years. I’m in a couple of bridge groups and used to tutor at Project Read Redwood City.

“But I spent some years as an interior designer and have enjoyed studying the floor plan of my new place, figuring out what I can take and what needs to go. I’ve given lots of things away to family and friends.”

And Joan made sure one thing is in place: One of her neighbors is taking over for her as street light bill collector.

Photo of Joan (first row, center) with friends at her going-away party by Gudrun Enger; photo of Joan next to street light by Linda Hubbard (c) 2015

Wonderful article about Joan. Thank you.