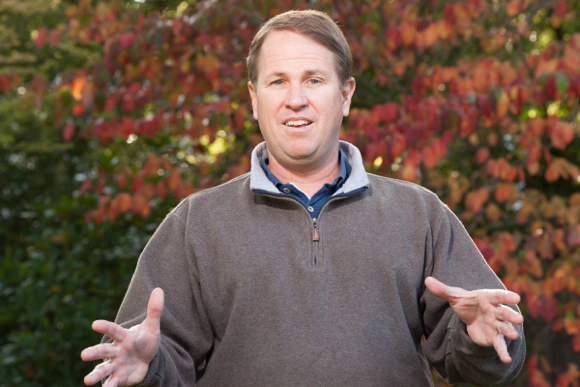 We first talked to Menlo Park resident Bob Rider when he and filmmaking partner, Phil Schaaf, had just finished a rough cut of their documentary on Cal quarterback, Joe Roth, who played his senior year in 1976 after being diagnosed with a recurrence of melanoma. Roth died in February, 1977, at his Berkeley apartment.

Since then, the filmmakers were successful in getting the film into a number of film festivals. They won the award for outstanding achievement in documentary filmmaking at the Newport Film Festival in 2014 and won best biography the same year at the Sacramento Film Festival.

“We’ve been working with the Pac 12 network for a couple of years,” Bob said. “When they first started out, they just wanted live events, but now they are thinking of themselves as storytellers.”

That the initial Bay Area airing is this week seems fitting. On Saturday, Cal will play the annual Joe Roth Memorial Game against USC.

More about Joe and his story is available online in an article from California Magazine.