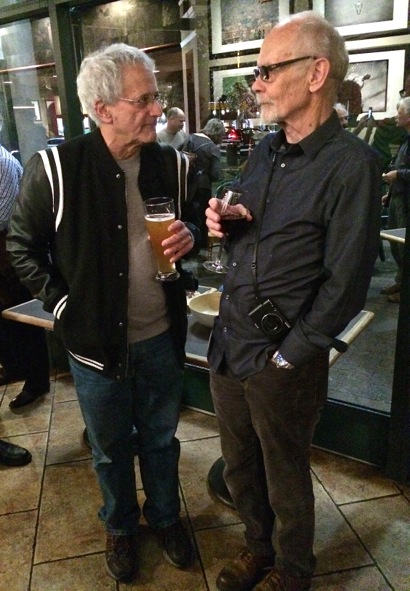 There was a reception for photojournalist David Burnett (left in photo) on Tuesday night at Cafe Borrone. David’s photos will be on display through mid-April. We captured a moment between David and Neil Menschel.  The two photographers lived parallel lives in the 20th century. What they talked about we don’t know. But both have captured photos of the rich and powerful as well as the disadvantaged, along with war and disasters.