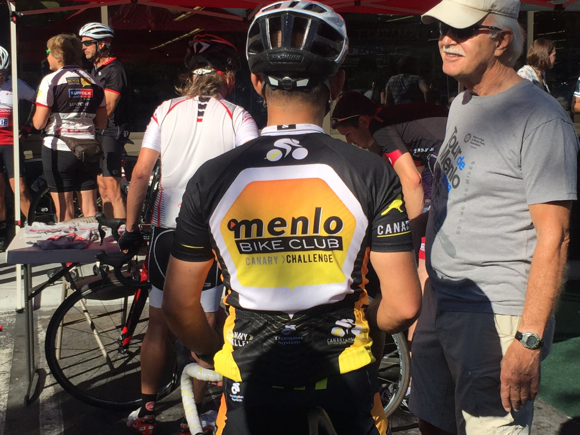 There was a lot of Menlo Park at the first training ride for the Tour de Menlo, which was held today and offered three ride options. Participants included about 50 members of the Menlo Bike Club, most of whom joined Fast Freddie Rodriguez on the advanced ride. We can report that at least the intermediate ride actually went through Menlo itself!