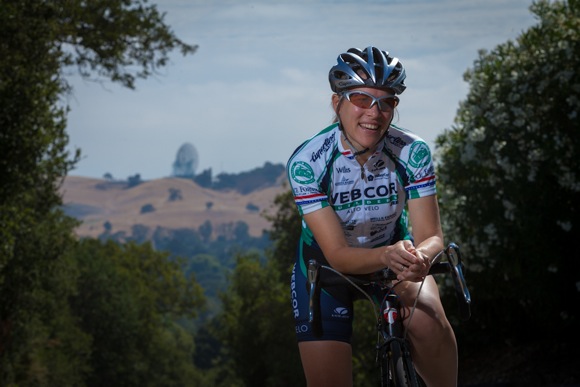 Ask Menlo Park resident Christine Thorburn how she managed to become a U.S. Olympic cyclist while simutaneously going to medical school, and her answer is quick: “I’m not sure how I did it, to be honest.”

Christine came west from Iowa to enroll at Stanford’s School of Medicine. Once here, she feel in love with cycling and discovered she had a natural talent for the sport. “Looking back, I quickly learned to balance cycling and medicine,” she said. “Plus, I didn’t race as much as other competitors.”

Christine participated in both the 2004 and 2008 summer Olympics, competing in both the road race and time trial events. She finished 4th in the time trials in 2004 and 5th in 2008. 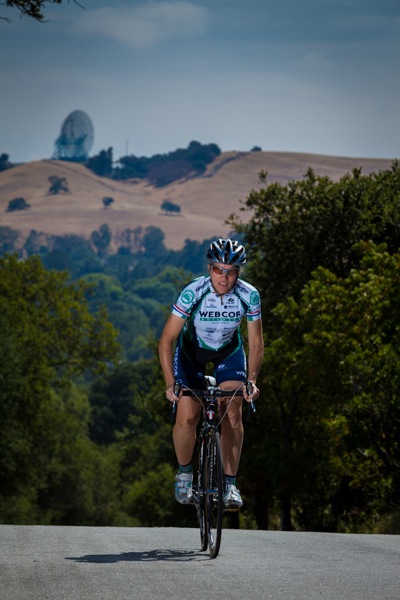 “I was a complete underdog when I qualified in 2004,” she recalled. “But it happened at a good time. I’d finished my residency in internal medicine and was doing mostly research, which made training easier.

“In 2008, I felt a lot more pressure. I’d started my practice at the Palo Alto Medical Foundation, and training was more of a challenge. But I was granted a four-month leave of absence to go to Europe to compete in preparation.”

Her Olympic experience in Athens (2004) and Beijing (2008) were quite distinct. “The Greeks were barely ready,” she said. “The Village was a cross between an Army barracks and college dorm. Plus the U.S. security was very visible, almost as many of them as athletes. The FBI even had its own Olympic pin!

“In contrast, the Chinese were completely ready. They even managed to take care of the much anticipated pollution problem. The Village was beautiful and well-staffed. Any security was kept well in the background.”

Christine believes being able to represent the United States in the Olympics was a real honor. “I know every athlete says that, but when you’re there, you really do embrace it,” she said. “The modern-day Olympic ideal is for people to get along together. It really did feel that way in the Village both years.”

Footnote: Christine is a rheumatologist at the Palo Alto Medical Foundation. She still cycles about six hours a week. She’s married to another Olympian, Ted Huang, a windsurfer who competed for Taiwan in 1996 and 2000.

At the Summer Games this year, the men and women’s road races take place on the Mall in London on July 28 and 29.

It’s certainly cool to catch up on the exploits of my friend Craig’s younger sister…where does the time go? Christine, if you’re reading this, I am so happy for you and all you have accomplished. Take care, Brian Pierson