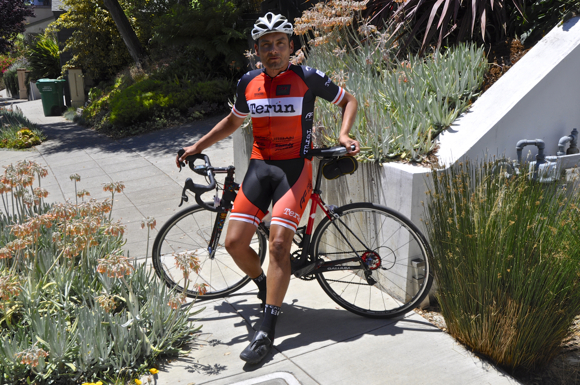 Leading up to the Tour de Menlo on August 20 is a new free series of training rides. The first will depart at 8:30 am on July 9 from the Whole Foods Market in Redwood City (1250 Jefferson Ave.), featuring options for moderate or advanced courses.

Freddie Rodriguez, who rode competitively in Europe and the United States for 20 years, is leading the first ride. We visited with him at his Berkeley home where we learned not only about his racing career but his latest endeavor, Fast Freddie cycling clothing. 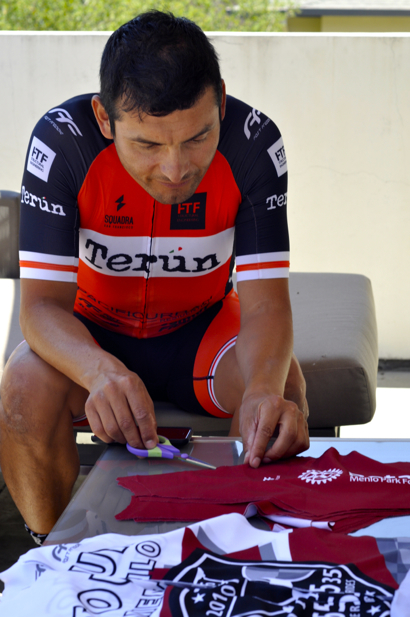 Freddie immigrated with his family to the Los Angeles area in the 1970s. His father, Ismael, had raced in Columbia in the late ’50s, so it was natural that he got on a bike at a young age. The 1984 Olympics held in LA further sparked his interest in road racing, and he got more serious as he entered his teens.

He went on to compete in seven Tours de France, was a member of the 2000 Olympic team, and won Stage 13 of the Giro d’Italia, which he said was one of the more memorable moments of his career. He earned the nickname, “Fast Freddie,” from his reputation as a sprint specialist.

“The training rides are a great opportunity to get people involved and give them an idea of what the Tour de Menlo is going to be like,” said Freddie, who rides an Argon 18 bicycle. “It’s also an opportunity to create a bit of community.”

Freddie also is involved with the Fast Freddie Foundation whose mission is “to inspire and provide underprivileged children with the tools to achieve personal successes by utilizing life skills learned through cycling.”

“I could have gone down the wrong track as a kid,” he said. “Cycling provided a focus, and for all the sport has done for me, I want to get kids on bikes so they can have a better life. I want to support those who want to both compete and get an education.”

Look like a great time cycling in the penninsula.