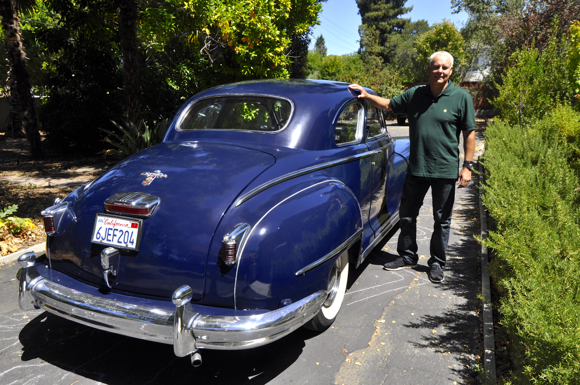 We first encountered Renato Iwersen in downtown Menlo Park. It was the automobile that he was standing next to that got our attention — a 1947 Chrysler Windsor. We wanted to know more, both about the car and his Menlo Park-based startup, Cynny Inc. 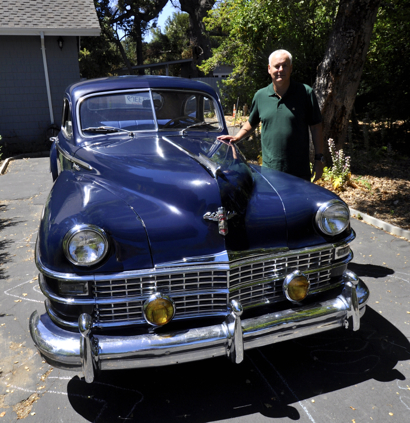 Renato acknowledged that he’s always been into old cars. “I’ve had the Chrysler for three years. Coincidentally, it’s the same car my father-in-law owned, and he went crazy when I bought it.

“The fact that it’s a two-seater makes it a little more rare, even though it was a common car in its day. I really enjoy it because I get to drive it.”

He wasn’t looking for an old car when he stumbled upon the Chrysler. “It was parked next to the car I was looking at,” he said. “It was in good mechanical condition but the upholstery was ruined. That’s about all I’ve fixed. And Henry at M&R on El Camino keeps it in great running shape.”

Born in Brazil, Renato has been in the U.S. since 1988, coming here for college. He lived in the Willows before moving to Atherton five years ago.

His professional career has focused on startups — he’s been part of the executive team at a half dozen or so. His latest, Cynny Inc., just released a product called Morphcast that lets you morph videos with your emotions, which are tracked by face recognition software in your phone’s camera while you are watching the video. The video morphs with different speed, music and effects depending on your age, gender and emotions.

“What’s interesting is that you don’t need our app, it’s all in the browser,” he said. “We view it as a self-standing solution.”

Now if he could only morph his emotions while driving the Chrysler!