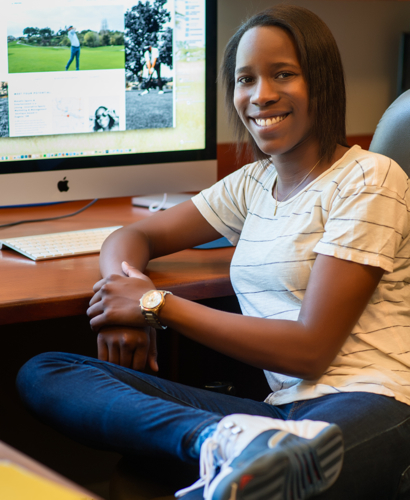 First there was the playing, lots of basketball, until injury turned her to coaching while still in high school. Now Malea Bieslin is focusing her considerable skills and energy on sports management. And she’s yet to graduate from college!

Born and raised in Menlo Park, Malea attends the University of Oregon where she is majoring in Sports Business and will graduate in March, 2017. She’s interned for the San Francisco Giants, Wasserman Media Group, and this summer is at Comcast SportsNet Northwest.

Earlier this year she founded Bieslin Sports and Entertainment and brought in St Francis High School buddy Willie Dewitt as co-founder to handle back end and administrative duties.

She decided to go ahead with her agency after taking two different entrepreneurial classes at Oregon. “In both of them, I had to create a project,” she recalled. “The work I did was the basis for starting my business.”

She’s lucky (or smart!) enough to have a good mentor, Chris Armstrong, a SVP at Wasserman. “Truthfully, I’d rather be doing this full-time instead of going to school, but he reminds me of the importance of gaining a broader knowledge, the kinds of things you learn in the classroom like accounting in addition to the marketing classes I take,” she said.

While her business is young, Malea has already landed two clients. “The first is Matthew Pinizzotto, a golfer who went to UCLA and played PGA Tour Canada last year,” she said. “This summer he’s taking a break while he refines his game before the Web.com Tour in the fall.”

“The other is James Walker Shaw, who I went to kindergarten with at Oak Knoll with and have been best buddies with ever since. He played volleyball at Stanford where he was the first setter to start as a freshman. He’ll play for Tonazzo Padova in Italy’s Series A League this Septemeber and was an alternate for Rio. He wants to be the poster boy for volleyball worldwide!”

Malea’s enthusiasm for her chosen profession is infectious, and given her smarts and drive, we predict that in the future she’ll attain super sports agent fame.

“I absolutely love what I’m doing and give a lot of credit to my experience at Wasserman,” she said. “I knew early on that this is what I wanted to do and now I’m 125% sure!”