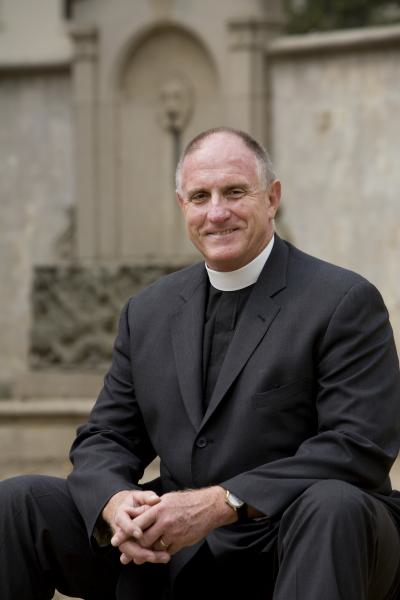 It’s easy to go “all celebrity” when writing about the Rev. Ed Bacon, who recently retired from All Saints Church, Pasadena, one of the largest Episcopal churches in the country. After all, Ed counts Oprah Winfrey as a friend and colleague, appearing on Oprah’s Soul Series and Super Soul Sunday as well as contributing to Oprah.com.

But it’s Ed’s own spiritual journey that invites attention. He grew up in a politically and theologically conservative environment in Georgia, the son of a Baptist minister. He studied at  Mercer University with an eye to becoming a physician. It was while at Mercer that his viewpoint of “inclusive compassion and justice for everyone” gradually developed.

Those views were further fleshed out while at Vanderbilt University Law School where he was introduced to the writings of  Thomas Merton, a 20th-century Catholic priest and monk who wrote about the true self versus the false self. Those writings helped him realize that a career in law was not his calling. He was ordained an Episcopal priest in 1983.

This Sunday, August 28, Ed will be at Trinity Church in Menlo Park (330 Ravenswood Ave.), bringing his style of prophetic preaching to the 10:00 service. The title of his sermon is the intriguing “Using Jesus’s Etiquette Book This Election Year.” He was good enough to answer some questions in advance. 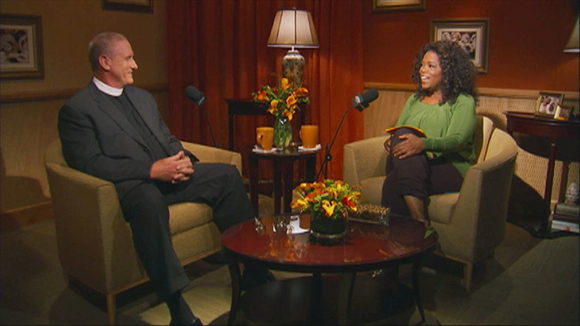 InMenlo: You reference a chance  encounter with Dr. Martin Luther King, Jr.  Did you actually speak with him? What did he say that inspired you?

Ed: My meeting Dr. King was pure happenstance. I was a college student and had flown into Atlanta and was retrieving my bag from the luggage claim. Up Dr. King walked with his entourage. He seemed quite busy and preoccupied, but I risked it and shook hands with him, told him how much I admired him, how he had made a huge difference in my life, and asked for his autograph. He was very kind, expressed appreciation for the compliment, autographed my selective service card, and went over to talk with an assistant. The entire encounter lasted no more than a moment. An aide gathered all of their luggage, and Dr. King was off.

Dr. King’s life, teaching, and approach to the Bible had already begun to change me. Some of my teachers at Mercer knew Dr. King and had introduced me to the “prophetic” interpretive lens of scripture and religion. By that I mean an emphasis on justice and peace and inclusion in the here and now rather than on some form of reward or punishment in the hereafter.

Meeting Dr. King seemed to deepen my commitment to that way of living. I also was transformed by Dr. King’s claim that oppression damages not only the victims but also the perpetrators. He was committed to liberating not only African-Americans from bigotry and poverty but also those who perpetuated systems of racism and economic injustice.

InMenlo: You’ve cited Thomas Merton as a major influence; what specifically resonated with you?

Ed: At the heart of Merton’s teaching is the false self and the true self. When we say “Yes” to the way God uniquely made each of us, we live true lives, and our energy and creativity swell. I read his New Seeds of Contemplation while in Law School at Vanderbilt. In a chapter named, “Pray for your Own Discovery,” Merton spells out his ideas of the true versus the false self. I meditated on that notion so deeply that I felt I had to leave Law School during a break in a final exam based on the fact that my true self is not an attorney. Merton’s work continues to inspire and challenge me more than 40 years later.

InMenlo: How did your tenure at All Saints contribute to your spiritual development?

Ed: My 21 years as All Saints’s rector invited me to exercise the muscles given by the perspectives of Dr. King and Thomas Merton. All Saints and I were aligned with balancing spirituality, community, and peace & justice as we find in the prophets that Dr. King and Jesus followed. I could not have done that job without the kind of solitude and contemplation Merton calls for. Everything I preached and put into action can be traced back to King and Merton’s interpretation of Jesus, scripture, and the role of religion.

InMenlo:  Why do you think you and Oprah clicked?

Ed: Oprah Winfrey is fundamentally interested in being used by God. That is her daily prayer. She also keenly detects falseness in herself and in others. I think she and I share those values above everything. So when I was first interviewed by her for her radio show, which has now been re-aired many times, and in all the subsequent interviews and conversations, we have been two seekers after revelation and truth — feeling in community with one another. She is an authentic human being who is very intelligent and spiritual.

InMenlo: Given that you are newly retired from parish life and transplanted ‘back home,” how do you see your retirement years unfolding. What more do you hope to accomplish?

Ed: While at All Saints my thinking developed along eight lines:

While at All Saints I wrote a book trying to summarize all of this under the banner of living a love-based life instead of a fear-based life, 8 Habits of Love.

So, now in my new vocational space, I am planning on writing about all these matters. I’ve been asked to make several presentations about one or more of these issues during this upcoming program year.

I’m intrigued with the dynamics playing out in this presidential election — race, class, fear, love, evolution, inclusion, etc. I have three books I want to write.

Hope, my wife, and I are enjoying living near our adult children and our grandchildren.

I think All Saints and I had a textbook, successful farewell in the service of being free to say hello to our next chapters. I’ve never been more grateful and deeply joyful.

Plus he gives great hugs! Such a great lesder and good friend for all those years at ASC! Miss you madly Ed. Now, go out and “epiph!”

His service at ASC has changed my life. Blessings Galore as Ed would say.