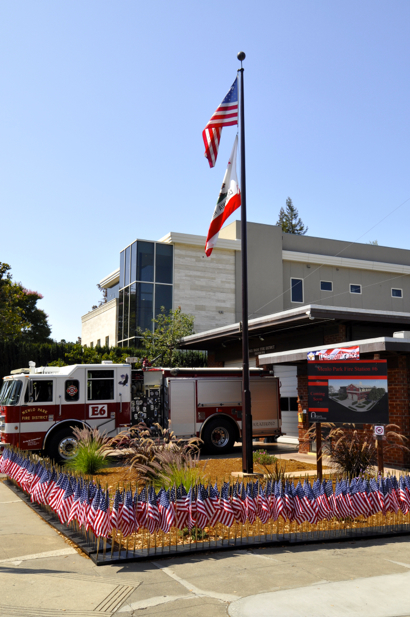 As has been the case in previous years, American flags adorn the front yard of Menlo Park residents Sally and Bill Russ, commemorating the 15th anniversary of the terrorist attacks that took the lives of nearly 3,000 people.

Last year, Menlo Fire Chief Harold Shapelhouman wrote about his experience as part of the task force that was deployed to New York in the aftermath of the World Trade Center twin towers’ collapse.