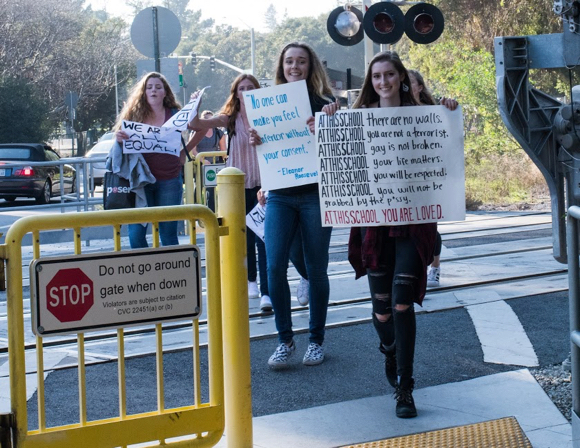 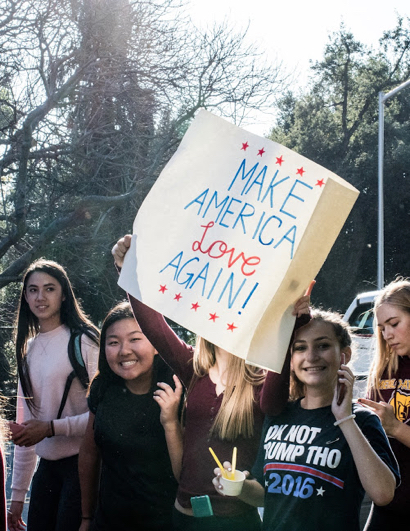 Early Monday afternoon, about 1,000 students from Menlo-Atherton High school left campus and marched through Menlo Park and Atherton to protest Donald Trump’s election as the next President of the United States. While most of the students chose a route along Middlefield and Oak Grove, a smaller number of students marched to Palo Alto.

“Regardless of the political opinions of individual Americans, Trump will be the president for the next four years, as the majority of current M-A students become adults and go to college. These are formative years for all of us, and the actions of this administration will affect us deeply no matter what. As M-A students approach adulthood, it is important to remember to stay involved in local, state, and national politics and exercise the right to make your voice heard. Election results only reflect the nation’s values if people vote. It is imperative that our generation continues to lobby to our representatives and vote in every election possible.

“If people are upset with the current political situation, they should take action and advocate for what they believe in. Change is inevitable; it is just a matter of participation. For anyone discouraged or angered by the election, remember that we can effect change by standing up for our beliefs while respecting the rights of others to do the same.” 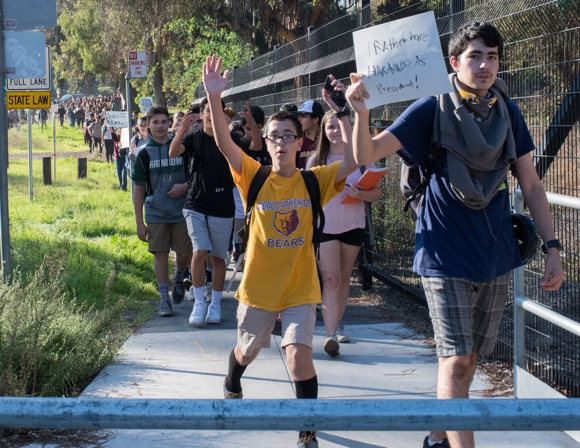 I totally respect anyone’s right to protest as long as it’s peaceful however I am a tax payer, and I am paying for these children to go to school. I deeply resent this sanctioned walk out during class hours. Freedom of speech will also be free after school hours and on weekends. If it was any other candidate I wonder if this would’ve been sanctioned ? And please don’t reply that all the other kids are doing it so why can’t we? That’s a lame argument.