Margaret Perrone continues her involvement in education with Rocketship 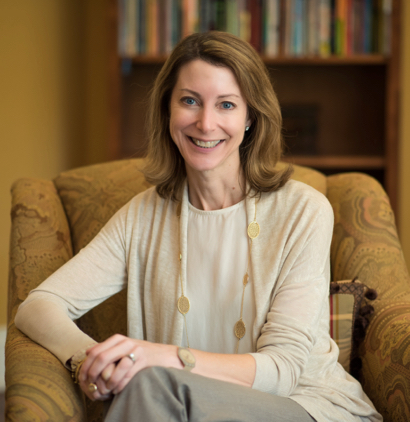 After an early career in human resources and then some time off, Menlo Park resident Margaret Perrone turned to volunteer work when her youngest child entered first grade.

“I realized I needed something in my life, and Los Lomitas had more than enough volunteers,” she recalled. “But I really wanted to help out in education because that’s where you can change the trajectory of people’s lives.”

That belief led her to become involved with East Palo Alto Charter School for six plus years in a voluntary capacity.

When her youngest entered high school, she realized that she was ready to go back to work. “There was no ReBoot [which helps women re-enter the workforce] then, but a friend of mine had gone back to work by taking an internship with an organization that she was interested in.”

That same process landed Margaret at Rocketship Education. “I wanted to make sure that I liked them and they liked me,” she said. It was a fit and she’s now on staff as HR Business Partner.

Founded by educational entrepreneurs John Donner and Preston Smith in 2006, Rocketship’s goal is to eliminate the achievement gap in historically underserved communities. Today, there are 12 Rocketship schools in the Bay Area, two in Nashville, TN, one in Milwaukee, WI, and one school in Washington DC.

Margaret explained that there are three things that make the Rocketship model unique. “One is the training and development of teachers,” she said. “Research shows that a good teacher is worth a year and a half of education. So, we put a tremendous focus on professional development with real-time feedback given at least once a week.”

Another is the recognition that each student has a unique set of needs. “We employ a blended learning model that combines traditional instruction with technology and tutoring,” she said. “That allows each student the ability to learn at his or her own pace.”

The third focus is on parent engagement. “We hope as we build community within out schools, it will empower parents to advocate for themselves, not only on their children’s education, but other things as well.

“The hope is that parents learn through this. That they get as invested as the students and teachers are. That they, too, are transformed.”

Margaret, you are an inspiration for all of us. Thank you for all you do.

Go, Margaret! Proud of you-