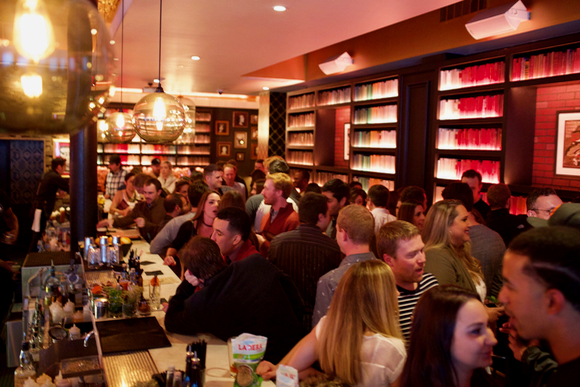 On November 26, the Menlo-Atherton High School class of 2006 held its 10-year reunion at Novela in San Francisco. “We had nearly 100 people,” emailed Jackson Slavik, one of the reunion’s organizers.

If you’ve spotted the bags of Ladera Granola and are wondering what they’re doing there, Brian Tetrud, that company’s founder, is a member of the class, and he catered the event. 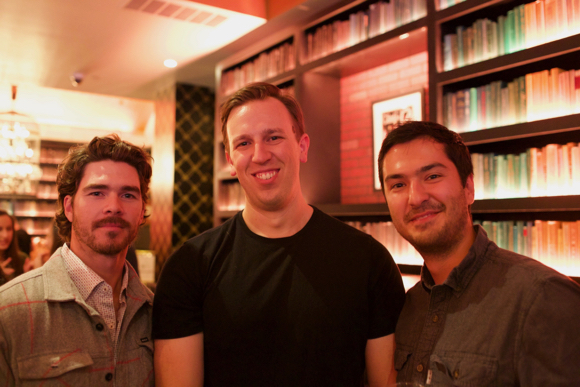 Jackson (black shirt) is pictured above with Terry Hutt on his right and Eric Gumerlock on his left.

He provided the caption for the group photo below: “From left to right is: Phil Fox, Julia Hill, Jason Dunne, Kate Roberts, Stuart Abramson, Jacque Cuisinot, Jamal White, Erica Tolda, Jess Wijtman, and Squid Trempont (the last one is obviously a high school nickname, hope you can include it!)” 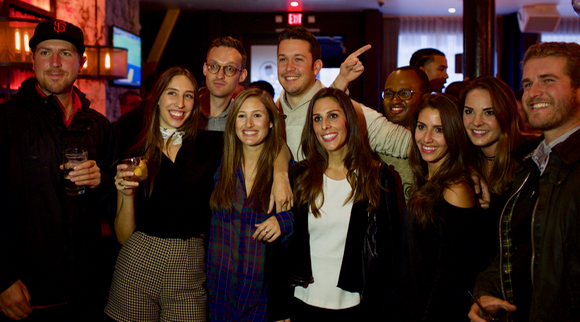 Squid Trempont still such a squid!