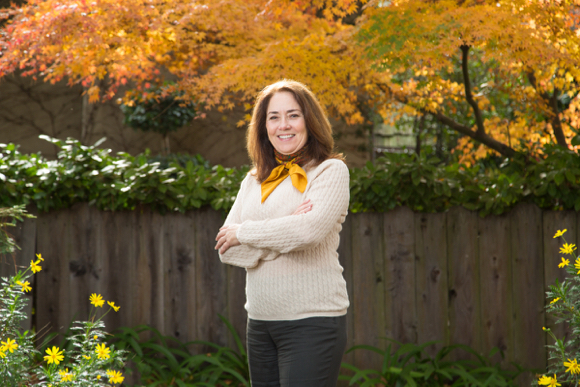 Menlo Park resident Patrina Mack has been involved with product development and marketing her entire career, but the latest product she’s launching is one that’s very personal to her.

“For 17 years I’ve had a consulting practice out of my home, but I got to the point of yearning for something different,” she explained. “Someone asked me, ‘what would you do if money was no object? An hour later, I conceived of K’Bro, an emotional resiliency app that was named by my teenage son.”

Part game/part anonymous sharing/part knowledge repository, K’Bro uses artificial intelligence, much the way Siri works, to analyze when a child’s behavior is worrisome — and when it’s not. Parents can choose to subscribe to K’Bro to receive weekly updates and alerts with conversation starter tips. Actual comments by kids remain private, protecting their privacy and willingness to share.

K’Bro is always free to kids and teens so they will know for themselves if they’re doing OK and use the many features within K’Bro to build emotional resiliency on their own. It’s a safe place for them to share their thoughts and emotions and get advice on how to deal with the challenges they face, while getting validation on how they’re doing through the “Am I OK?” index.

“Kids know they’re having issues, and parents can overestimate their child’s happiness,” Patrina said. “Kids don’t know how to ask for help. They lack the emotional literacy to express what’s wrong.”

Earlier this month, K’Bro launched an Indiegogo campaign with a goal of raising $25,000, with funds going toward development of in-app features, efficacy testing, refining the predictive analytics of the “Am I OK?” index, and enhancing the conversation starter tips for parents to make them more specific while maintaining the child’s privacy.

You can take part in a beta test of the K’Bro app by going to the startup’s website.

“One of the challenges we recognize is the cone of silence that comes down around teenagers,” Patrina said. “Through the app, we hope to initiate conversations that create engagement between parent and child.”