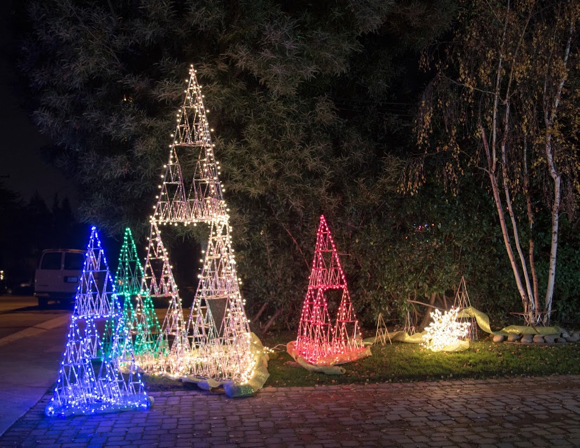 “This is the second year I’ve focused on fractal math during the holiday season,” said Paula, who we profiled on InMenlo in 2014. “It’s a great way to engage the students in interesting math.”

The design students made Stage 0, Stage 1 and Stage 2 Sierpinski Tetrahedron tress that became the basis of the three Stage 3 trees and the giant Stage 4 trees that adorn Paula’s front yard.

“Our neighbors joined the students as part of a community design day,” she said. “We put the lights on after the build. If we had more time, I would have built on some other fractal math shapes.”

For that we await next year, but this year’s trees are enjoyable now.

Photo by Robb Most