Historian Caroline Winterer searches for truth about the American Enlightenment 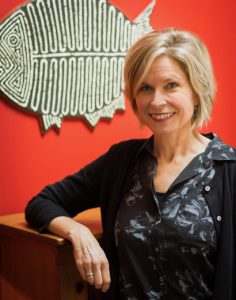 If you attended school after World War II, you learned about the American Enlightenment. This, we were taught, was a period of intellectual ferment in the 13 American colonies that rejected monarchy and led to the establishment of a new republic in the United States. You probably took this as fact, little knowing the term “American Enlightenment” was first coined during the Cold War — and not before.

That is the topic of Stanford historian and Menlo Park resident Caroline Winterer’s new book, American Enlightenments: Pursuing Happiness in the Age of Reason, which she will be discussing with fellow historian James Sheehan at Kepler’s on Tuesday, Jan. 17, at 7:30 pm. You can RSVP to this free event online. 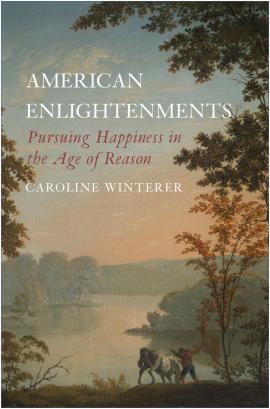 Explains Caroline: “The decades after World War II were enormously alarming for Americans because the events in Europe were so terrifying. All of those “isms” from the 1930s forward.

“With the defeat of Germany in 1945, Americans asked, ‘What can we do so this won’t happen here? How do we insure that we are the land of freedom?’

“After the war, Americans invented a new vision of what their national legacy was. It was a particular interpretation of the birth of the nation, not necessarily born out in fact.”

Caroline, director of the Stanford Humanities Center and Professor of History at Stanford University, came to her profession by way of oceanography, so to speak. Her parents were both oceanographers at the Scripps Institute in La Jolla, and when the family would go on road trips, they’d stop and look at strata of fossils. “At every moment of my childhood, the past was always present,” she recalls.

She worked in publishing a few years after college, always reading books and wanting to know more, so she went back to school. “One of the great things about being a professor is that you have to go as deep into a topic as possible,” she says. “In academia, you want to get to the truth regardless of the consequences.”

It was digging deep while teaching a class called the American Enlightenment that led Caroline to write her book. “I’d think, ‘Why are all the books directing me to this person and not this person? How do they know where to look?’

“I looked and never found the American Enlightenment — it was nowhere to be found! The ah-ha moment for me was when I learned it was a Cold War construction. Then I knew I needed to be looking for something else.

“What they were talking about was not some Golden Age of perfection, but rather a never-ending process of becoming enlightened, of using reason to make the world a better place.”

Thanks for the profile on Caroline Winterer. Her work on the period of the American revolution is refreshing. I especially like her book, The Mirror of Antiquity: American Women and the Classical Tradition, 1750-1900. I particularly enjoy Caroline’s mordant sense of humor.