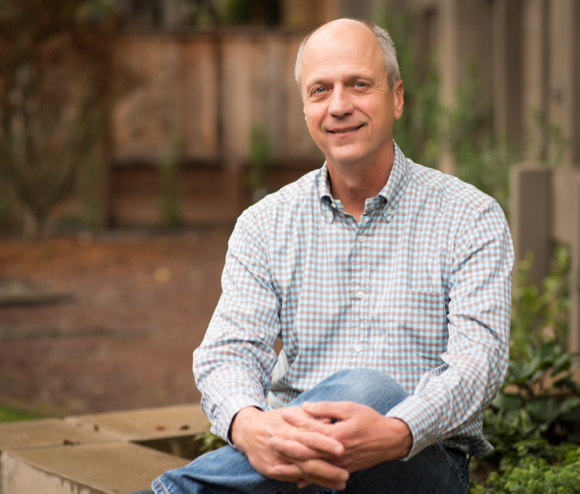 Jim Varner was on a path to be a winemaker while his “smarter than me” twin brother, Bob, was studying to be a geneticist. Today Bob is the winemaker and Jim is the businessman behind Menlo Park-based Varner Wine.

“I have the degree, and he read all my textbooks,” Jim quipped during a visit at his Ladera home.

We learned that while he was a UC Davis, he was inspired by wine scientist Ann Noble. “She always let me do projects that were better and different,” he recalled.

A trip to France led him to seek a cool climate that could produce Chardonnay and Pinot Noir wines in the Burgundian style, and the brothers first started planting grapes in Portola Valley on a friend’s property.

“We were “in pursuit of balance” that could counter the California trend of high alcohol wines,” he said, “And we were active in the organization of the same name along with 35 other wineries.”

Chardonnays and Pinot Noir wines from their various blocks in the Spring Ridge Vineyards, last produced in 2014, regularly scored 90 and above by Robert Parker who wrote: “Few winemakers do Chardonnay and Pinot Noir better than brothers Jim and Bob Varner.”

Jim explained that their most recent project involves grapes grown in the Los Alamos Valley near Santa Barbara. “We wanted to try something new,” he said, stressing that they’re striving to offer wines at a $25 price point.

“The vineyard in the Santa Barbara area is the same temperature as Portola Valley and is a little over five miles from the ocean,” he said.

The brothers also produce a line of value-priced wines under the Foxglove label from Paso Robles-grown grapes.

“My brother and I love every day we go work,” he said. “Our wine-making style is non-interventionists, opting for natural yeast fermentation. You have to think more, but we like the results.”

I have all ways wanted to buy a bottle