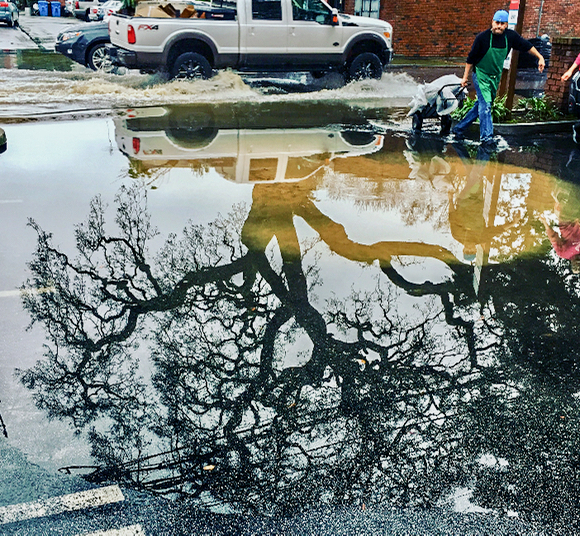 After a brief respite, it started raining again this morning in Menlo Park. And that meant more flooded roadways and a roaring San Francisquito Creek.

Shortly before noon, InMenlo contributing photographer took a photo (below) of the roaring San Francisquito Creek at Pope St. in Menlo Park, which was under a flood watch on Feb. 7. 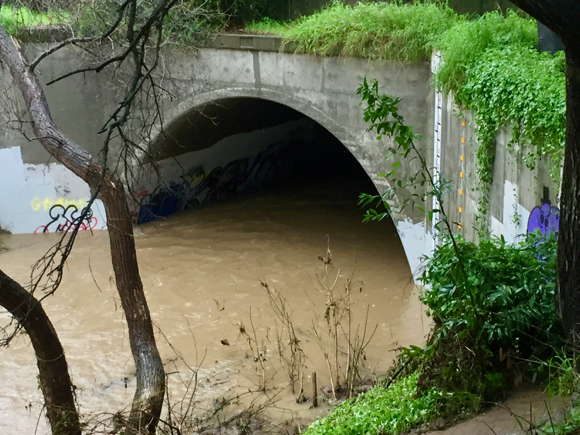 Meanwhile Menlo Park Fire Chief Harold Schapelhouman sent out a report about historic levels reached by San Francisquito Creek which borders San Mateo and Santa Clara Counties and stretches from Highway 280 down to the Bay: “At peak stream flow on Tuesday, it made the record books as the 6th largest flow at 4820 cubic feet per second (CFS) as recorded by the USGS Gage located near Junipero Serra Blvd with data being collected since 1930 and as reported by the Creek Joint Powers Authority:”

We’re betting that few residents forget the deluge of 1998 but may be surprised by the big rain of 2012.

Photo top by Frannie Allen; second photo by Robb Most

1998, Bigly,…1955,Biglier because I was smaller!! Go FrancisquitoCreek do not your thing!