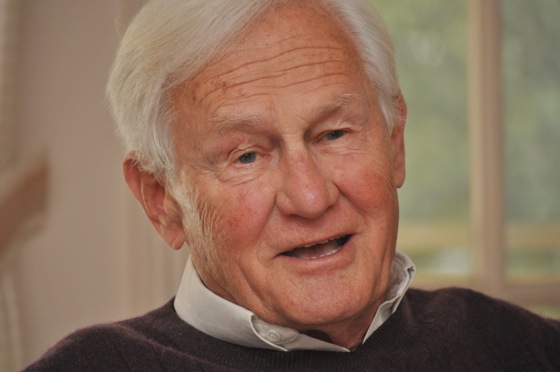 Editor’s note: Menlo Park resident, author and publisher Alexander Kugushev has written a new book We’re 34th in Education – It’s Our Culture. Here he offers his opinion about what is right and wrong about our educational system.

The United States ranks 34th in the world in education (per the Program of International Student Assessment — 2014/2016). How many Americans know that? More worryingly, how many care?

This is a national crisis because education pervades it all: wealth, health, employment, quality of jobs, crime, and the kind of government we elect. We fret about economic inequality — that some grow very rich, while others stagnate. It’s education — its levels distinguish the prospering from the stagnant. We have worrisome unemployment, but millions of jobs go unfilled, because we don’t have applicants with the necessary skills. We ship low-paying, low-skills jobs abroad, because uneducated labor is cheaper there. All are consequences of failed educations, when the young enter life unready for a career, or for the exercise of responsible citizenship. 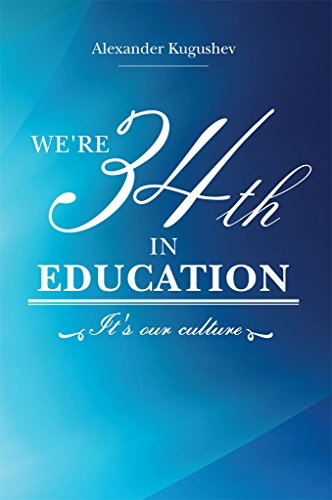 Blame our mass culture for our inadequate public education. At a popular level, our culture harks back to earlier times and acquiesces to educational mediocrity without giving it much thought. All too many Americans, content in their traditional behaviors and beliefs appear unaware and unperturbed. A Gallup poll in 2014 places education ninth among non-economic concerns of Americans. Only 4 percent placed education at the top.

Such broad cultural indifference to education acts as a massive hindrance to the improvement of our schools. Let’s consider its effects — what’s not OK.

It’s not OK for parents to be indifferent to education, missing in action, not thinking daily or ever of their childrens’ homework, not engaging in or even attending PTAs. Research on American parental involvement informs us that 21 percent of parents “are not at all aware” and that a further 51 percent “are just somewhat aware” of their child’s school attendance and grades.

It’s not OK to treat our teachers as second-class citizens, as anything less than the most important professionals in society, with the corresponding respect and compensation for the work they do. Think of that common saying “those who can, do; those who can’t, teach.” We pay them accordingly, with dire consequences for recruiting high-caliber individuals.

It’s not OK for a college graduate to not read — not books, not even newsprint. Consider what happens across America, where millions don’t read — in 2012, some 28 million adults in fact, hadn’t read a book of any kind. Do they know what is happening in this country, in the world, in their community? What is happening is change.

It’s not OK to think of schools as training sites to acquire just enough knowledge to get a job. That may have worked for many as late as the 1950s. Meanwhile educated and energetic Americans have changed our society by creating ever more advanced scientific and technological improvements

We have some — very few — excellent public schools, as good as the best in the world. They share a basic, indispensable characteristic: committed, engaged parents. This leads to quality teachers, high-grade principals, responsible boards of education, and money. Quality education requires money. These schools are also innovative and reform-prone. They, too, express our culture through those strong traits of the American character: compulsive problem solving, invention and creative innovation.

How do we prevent failed educations? We know we can do it when we apply the educational success formula: engaged parents + quality teachers+ sufficient money. To address our educational deficiencies, we must begin by challenging the indifference toward education of our fellow citizens.

Is there any possibility Mr. Kugushev would give a talk at a school district event or take part at a Kepler’s booksigning?