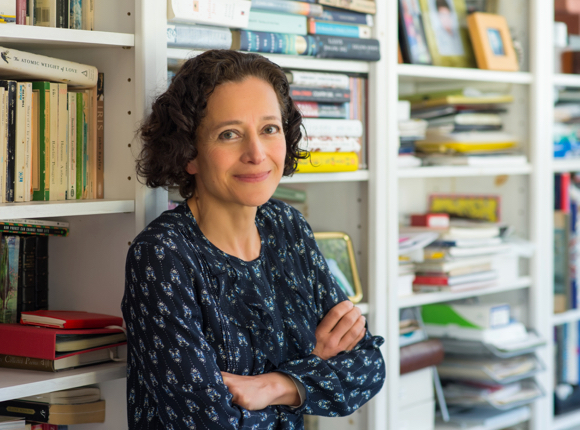 As Donia Bijan explains it, she carried around “the story in my head” for years before starting to write her first novel, The Last Days of Café Leila, which will be launched at Kepler’s on April 20.

“The main characters came to me almost fully formed,” she says. “They’re lots of people I knew distilled into three characters — grandfather, daughter, and granddaughter.” 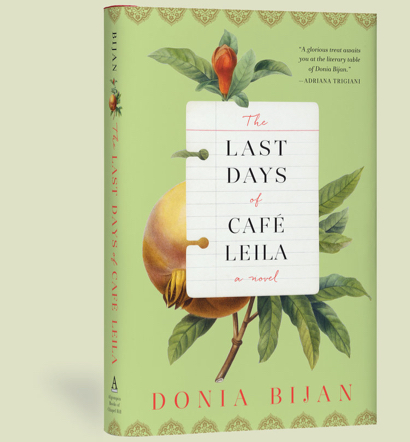 Menlo Park resident Donia, who spent a decade behind the stove as chef/owner of L’Amie Donia before publishing a memoir, Maman’s Homesick Pie, in 2011, returned to Iran for the first time in 2010, 32 years after her family was forced to flee during the Islamic Revolution. She traveled there with her sisters, hoping to reclaim her father’s hospital where they had also lived, although she realized that was unlikely.

“I often wondered what would have happened if he had stayed in Iran and run the hospital through the years of war and political upheaval,” she says. “I can’t write knowingly about medicine, but what if I imagined Café Leila as the only sanctuary from the chaos?”

She approached the writing of the book as a job, starting when her son left for school and artist husband Mitchel Johnson went to his studio. “I pushed myself through some very difficult doors,” she recalls. “By that I mean it was tough stuff to write about. I’m a polite person. You can’t be polite, you have to be ruthless when you write.

“Writing about loss and death and a brutal regime and what it does to your people, that’s tough. But it was like the three main characters were keeping me company. I felt them in the room with me. We cried together and laughed together.”

The novel tells the story of Noor, who returns to Iran along with her very American teenage daughter, Lily. Together they seek refuge at her father’s neighborhood café. Noor, a foreigner in her childhood country, seeks to better understand herself and her homeland through revelations about her family, especially her mother, a young opera singer swept up in the post-revolution regime.

Asked if she’s put her chef days behind her, Donia says, mainly so, although it was in the kitchen she’d take refuge when she needed a break from writing. And she still teaches occasional classes at Draegers.

After going on the road to promote the novel, she plans on writing another novel, with entirely different characters.

I just finished Donia Bijan’s bittersweet story of a Persian family torn apart by the Islamic Revolution and reunited through love and loss over 20 years later is one of the most beautiful novels I have ever read. It captivated and ignited all of my senses. The poetic descriptions of the meals, the landscape, the characters and their lives were so vivid I could feel them and see them and smell them and taste them. From the very first pages, it was the characters that drew me in – Zod’s compassion and wisdom, the tenderness of Pari, the complicated Noor, the cynical Lily.

There should be a Cafe Leila in every community – a place where everyone is welcome, where our bodies and souls are fed, where we can learn to overcome our fears with strength and courage, and where those who are orphans (both figuratively and metaphorically) feel that they can, at least temporarily, be whole. Café Leila is a timely example of how rich our lives can be when we come together.

This novel is joyous, heartbreaking, delicious, and magical. I giggled, I blushed, my stomach grumbled, and I cried. I found myself rationing the pages so that the story would not end. I can only now hope that the words will be turned into a film so I can enjoy the characters again!