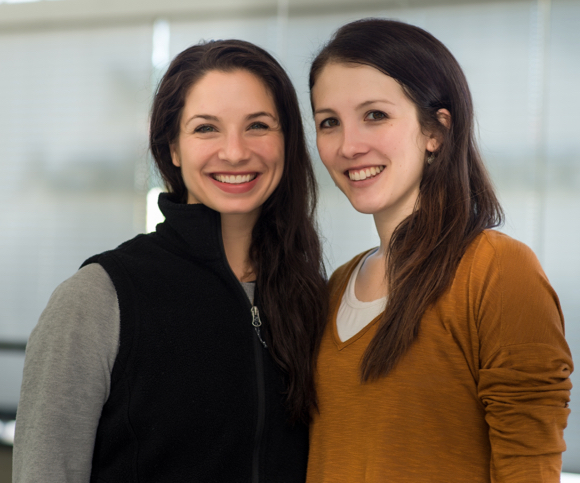 Menlowe Ballet company dancers Stefanie Maughan (pictured, left) and Ali McKeon are making their professional choreographic debut, collaborating on a new contemporary work in the company’s spring season, Floraison, which will debut at the end of April.

“Both Stefanie and Ali have rich, creative voices and fabulous contemporary backgrounds,” says Menlowe Ballet’s Artistic Director Michael Lowe.  “I felt it was time to give them a professional arena to showcase and nurture their talent.”

Ali and Stefanie, who met while studying dance at UC Irvine, describe their relationship “like sisters.” About their choreography debut, Ali says: “It’s a bit unusual for early career choreographers to collaborate on a piece for a professional company. Usually you don’t collaborate until later in your career.”

Adds Stefanie: “We share a similar aesthetic regarding what we like to see. Ali can fulfill my vision really well, even though we approach choreograhy from different angles.” 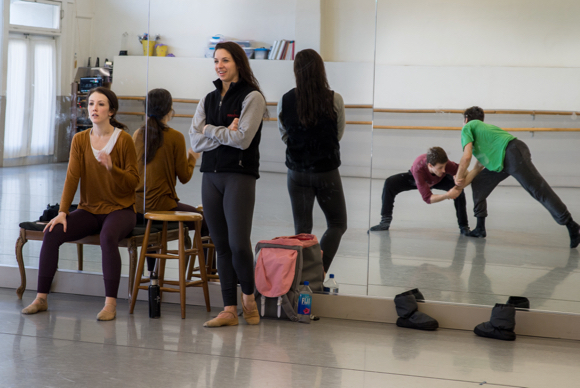 The pair work hard to mold their respective voices together, contributing to the greater whole in a positive way.

While both of them danced early, neither thought dance would be something “you can make a living at.” For her part, Stefanie worked in banking for three years after college and took a lot of Yoga and Pilates classes. “From that I got a hugely informing genre of movement that fuels my choreographic voice,” she says.

Ali danced at Stanford but then pursued arts administration. “I guess I’ve always had a love/hate relationship with dance,” she says. “But when I was at UC Irvine, I realized I wanted to be creating and moving.”

Ali and Stefanie’s work is just part of Florasion, which also offers world premieres by Michael Lowe and Sarah-Jane Measor as well as the reprisal of Sarah-Jane’s Portraits.

“When Portraits premiered last fall, it moved many of our audience members to tears and we’ve received an overwhelming number of requests to bring the ballet back to the stage,” says Lisa Shiveley, Menlowe’s Executive Director.

From April 21 through noon, April 28, you can buy one ticket and get 50% off the second ticket. If you buy two tickets, you can get one free. Use Discount Code BUYONE or BUYTWO at checkout.  Discounts may not be applied to prior purchases. All sales are final. Tickets, ranging from $28-$55, are available online or by calling 800-595-4TIX (4849).