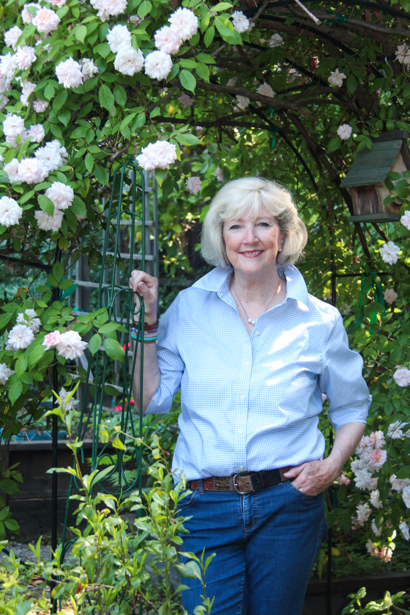 That almost 50 roses populate Kathy Brenzel’s Menlo Park backyard may not be surprising given that she is the former Garden Editor of Sunset, who retired last year. But the roses go further back than her career at the magazine.

“It all started with the Cl.Cécile Brünner,” she said about the roses surrounding her while being photographed by InMenlo contributing photographer Frances Freyberg. “My mom grew it in her garden in Santa Monica when I was growing up. And that was the first rose we planted here. It started to grow and just kept going.

“We decided it needed some partners. I’d get roses from Sunset’s test garden but there was only so much room there. So, I’d bring those in gallon cans home to see how they’d do. My backyard became an extension of the test garden, and, at one time, we had 400 plants!”

While we are clearly prejudiced, Kathy’s garden of roses, so spectacular after all the rain — ‘”they’ve just exploded,” she said — are so beautifully photographed by Frances that we’re doing two posts, with Kathy’s comments about the individual roses. 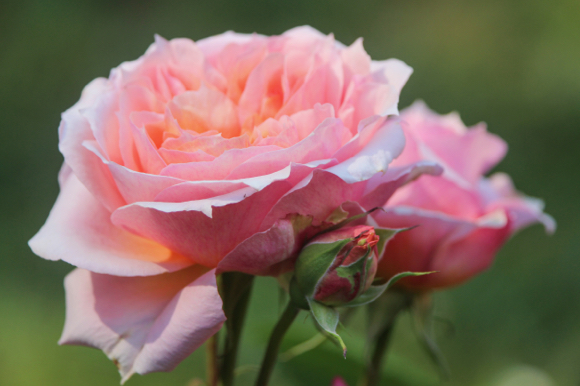 Paul Bocuse (above): “In my garden, this modern shrub rose stays a tidy 4feet tall, and covers itself in spring with big clusters of apricot-salmon blooms. Hybridized by Guillot of France, it’s one of the Generosa series of roses often referred to as miniature David Austin roses. Blooms are full and old-fashioned looking.” 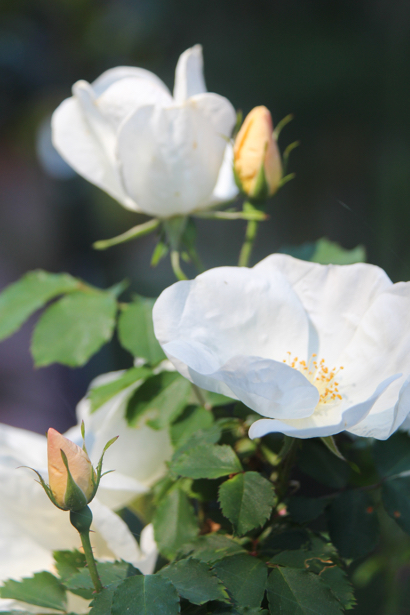 White Out [tm] (right). “A landscape shrub rose from Starr Roses, this compact plant covers itself with creamy white single blooms over a long season. Blooms are very fresh looking against the dark green foliage.

Sunsprite (second from bottom): “This little patio tree rose is great in containers. Its clusters of double buttery yellow blooms seem to unfurl nonstop starting in mid-spring. Each has a subtle licorice scent. It’s disease resistant, and very easy care.”

Fourth of July [tm] (bottom). This whopper with arching canes is somewhere between a climber and a shrub rose; it has arching canes that bloom all along their length. Looks great against walls, trellises, and low, split-rail fences. Cup-shaped blooms have a sweet, spicy fragrance; no two look the same, but are variously striped with red and white.” 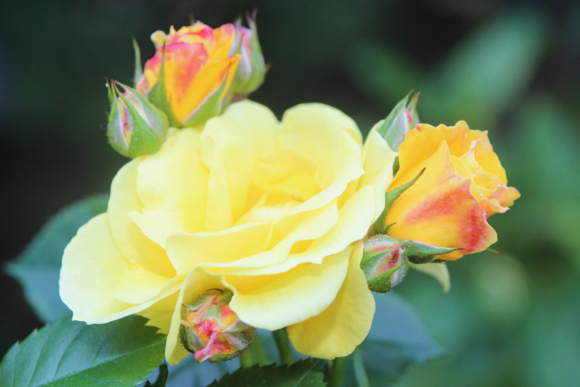 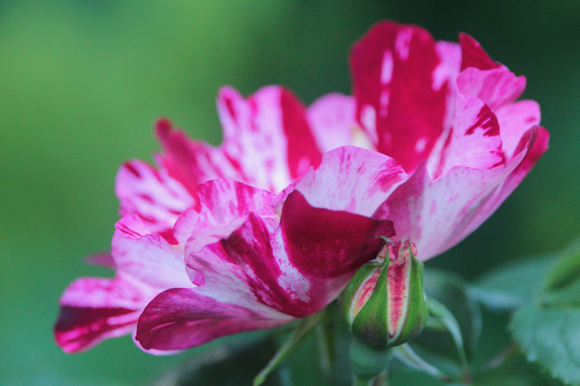