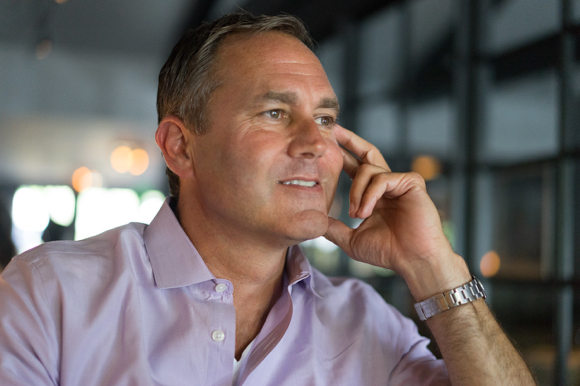 If you assumed the new Bacchus Management Group restaurant in Woodside, the Village Bakery, is just a clone of its sister, Mayfield Bakery & Cafe in Palo Alto, one look at the interior dispels that idea. The palette is grays and blacks, making it feel a tad more formal, although clearly much less so than its fine dining sister restaurant, The Village Pub, located just down the road. 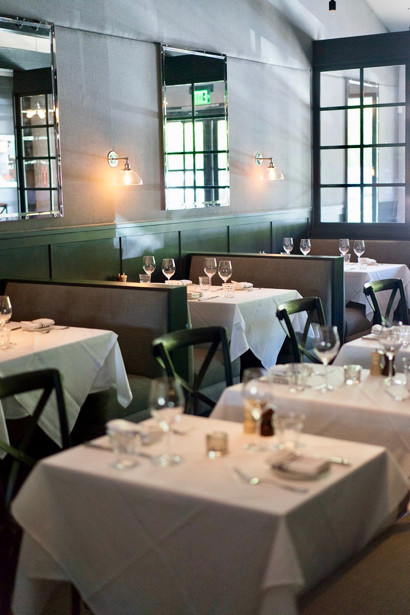 “Think of the Village Bakery as a little more European in sensibilities and Mayfield more rustic American. That’s not only due to the design but also an eclectic collection of local art on the wall,” said Tim Stannard, founding partner of Bacchus. “What we are striving for is the same level of execution, professionalism, quality and attention to detail as found at the Village Pub but more casual.”

Tim, who is a Woodside resident, explained that his team spends a lot of time talking and thinking about what the community wants a restaurant to be. “Then when you open the door, the community tells you what you are going to be. It’s our responsibility to keep our ears open and listen carefully. Our job is to meet our customers’ needs.”

While the restaurant business is notorious for failure — about 300% — Bacchus eateries are resoundingly successful, with accolades that include a Michelin star to the Village Pub and Spruce (in San Francisco) and only one restaurant, Cafe des Amis, also in the City, which closed after four years.

“The reality is that a lot of restaurants are opened by people who aren’t professional restauranteurs,” said Tim. “There are tools and techniques to being successful, and it goes beyond just liking to eat.”

That said, each new restaurant brings butterflies. “I have two recurring nightmares,” Tim said. “The first is that we hire, train and polish, and the opening day arrives and nobody comes. The other is that we open and there are lines out the door but I’m the only one inside trying to do it all!”

The restaurant is open for dinner only this week. It will expand its hours to include breakfast and lunch on August 2. For the first four months, chef Mark Sullivan will be in the kitchen. The adjacent bakery is open from 7:00 am to 7:00 pm.

Congratulations on the opening of your new restaurant.
My daughter and I look forward to it.