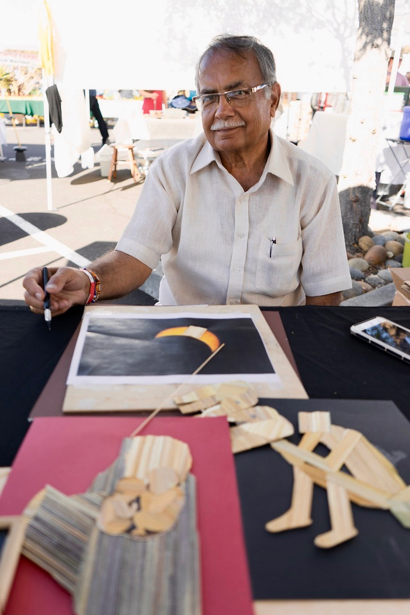 At Facebook’s County Fair a couple of weeks back, Dr. Ramesh Sharma was working on his twig art, constructing dinosaurs made of grass for the kids who were attending. Isn’t that what every retired nuclear physicist does?

Dr. Sharma explained that he’d come from India to the Bay Area, where one daughter works for Facebook and the other for Google, after his wife died. He now lives with the Facebook daughter in Menlo Park.

“When I first came here, my daughter took me to Little House to see the possibilities of art class,” he recalled. “There was ceramics, which was not to my liking.

“But then I remembered something I’d done in India in the early ’70s, using grass found along the roadside. I didn’t continue with it because of my work as a physicist.

“It’s commonly called ‘twig art.’  I noticed that there is similar grass here, just a bit thicker. I made some pieces and found I liked doing it. 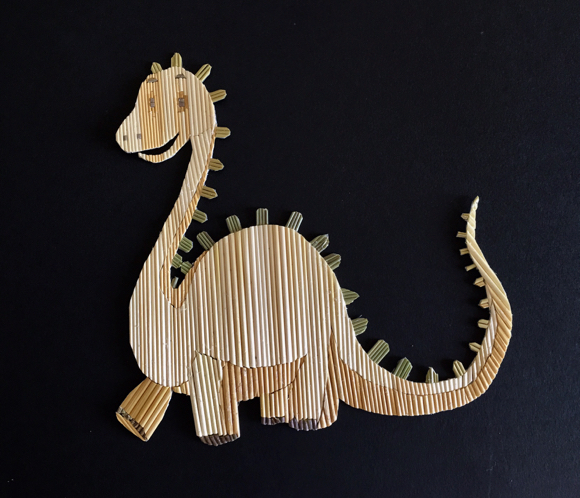 “So much grass  is available that people mow and trash. I’ve become a very good trash manager, working the trash into artwork!”

One thing that came from that early Little House visit was that Dr. Sharma volunteers for the Meals on Wheels food-packing program, and along the way has conducted a couple of twig art workshops at the activity center. 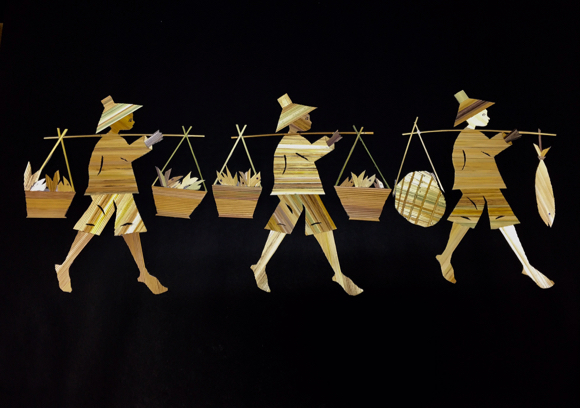 “With twig art, you cut every small piece of grass and glue it,” he explained. “It’s very tedious and requires a lot of patience.”

Dr. Sharma will be at the next two Facebook Festivals: Bacon Blues & Brews on Sept. 16 and Dia de los Muertos on Oct. 28.

I know Dr.Sharma since last many years and has observed that he has brilliant ideas whatever work he does.He has many admirers along me who really look up to him for many great things he did!! Great Sharma Sir!! One must learn from u how to be happy and busy in every situation!!