William Floyd constructs a maze for Halloween in his front yard 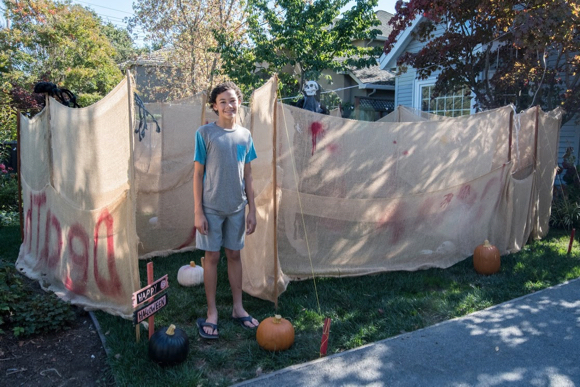 There’s always something new in Menlo Park when Halloween comes along. Last year it was the colorful paint job at Brandee Barker’s house on Hobart. This year it’s a Halloween maze on Vine Street, constructed by 12-year-old William Floyd. 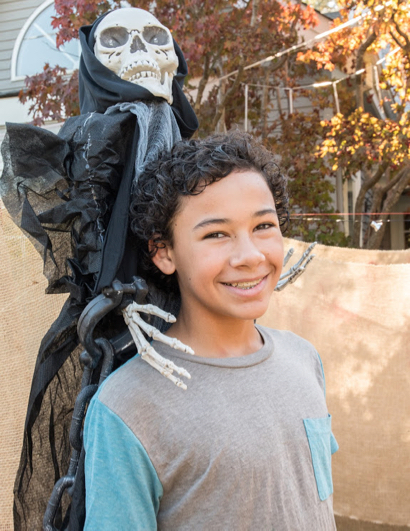 William, who attends Menlo School, thought about doing a maze last year, but made it happen this year with some help from his younger brother and older sister as well as transportation provided by his father to the hardware store where he purchased burlap and stakes.

“I think mazes are cool and it would be fun to have one in my front yard,” he said. “I just added a strobe light along with a string of lights.”

William planned his maze not by drawing it but rather by placing chopsticks in the ground to plot it out.

“I did have to make some adjustments as I had too few stakes and too many chopsticks,” he said. “We did buy some more stakes and I cut some long pieces of wood that were in my backyard.”

The day we visited, William had just added some scary Halloween decorations to the maze to give it a little more personality.

While it took a lot of time to do, William is glad that he did the maze this year and is interested in how many trick or treaters will go through it on Halloween.