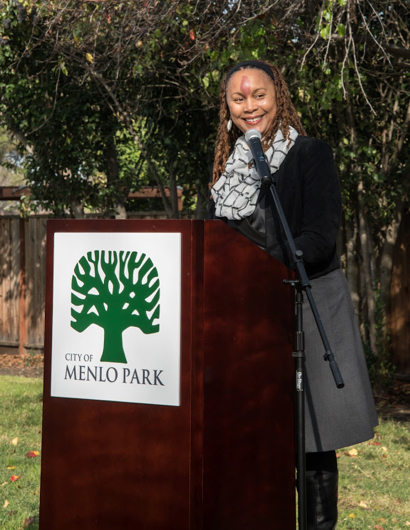 Mr. Clark was serving as a steward first class aboard the USS Aaron Ward when Japanese kamikazes attacked the destroyer near Okinawa in May 1945. Mr. Clark was credited for saving the ship, single-handedly putting out the many fires threatening to sink it and for rescuing injured shipmates, carrying them to the infirmary for urgent medical care even though he was badly injured himself.

Even though the destroyer’s captain acknowledged that Mr. Clark had saved the ship, it took more than six decades to be fully recognized for his actions, because of his race. Mr. Clark, received the Navy and Marine Corps Commendation Medal with the Combat Distinguished Device in 2012.

A video of Mr. Clark telling his story can be viewed here.

Beyond his accomplishments in the military, Mr. Clark made many contributions to the community throughout his lifetime as a community activist and mentor. He was an accomplished author of three books and helped establish the Onetta Harris Community Center and the Boys & Girls Clubs of the Peninsula.

Photos by Robb Most (c) 2018; pictured in third photo is Lois Reed, a close friend of Clark

After six decades it is still a great honor for Menloins; all families, as particularly my Daughter’s Condoleezza, Alyssandra Brew; to see Mr. Karl E. Clark’ be publically recognized, honored, for his astute acts that saved lives of all, and his contributions to the Menlo Park, California community.